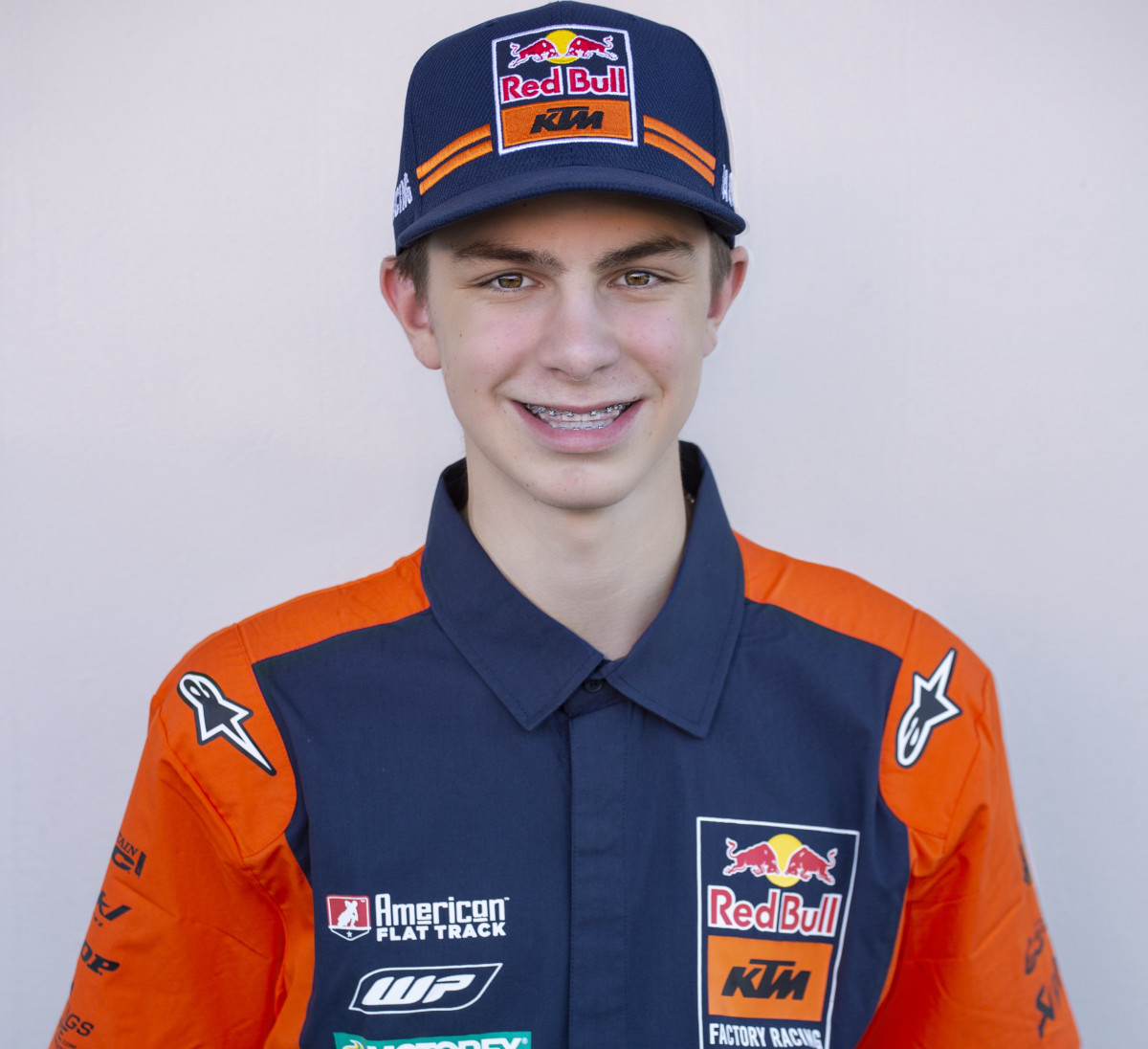 Posted on behalf of KTM USA

MURRIETA, Calif. – The Red Bull KTM Factory Racing team is pleased to announce the addition of 17-year-old up-and-comer Kody Kopp to its rider lineup for the 2022 Progressive American Flat Track Championship. Racing alongside teammate and championship contender, Max Whale, Kopp will pilot the KTM 450 SX-F FACTORY EDITION in the AFT Singles class this season, which begins on March 10 and 11 with the Volusia Half-Mile in Barberville, Florida.

Kopp, a Washington native, earned Rookie of the Year in his 2021 AFT Singles debut season, finishing an impressive seventh overall in the championship. Claiming three podium finishes and six top-10s, the young rider laid a solid foundation in his first season and he looks to build upon that experience in 2022. Spending a lot of time training and riding with his teammate during the off-season, Kopp continues to learn and grow with the Red Bull KTM Factory Racing program.

Kody Kopp: “I’m very thankful for this amazing opportunity to join Red Bull KTM Factory Racing! I raced KTMs a lot as an amateur, so I am super excited to be returning back to my roots. I’m also stoked to have Max as my teammate. We’ve had some decent battles in the past and he is going to be a great mentor to learn from. I’ve looked up to the entire KTM organization for a long time, so I couldn’t be more ecstatic to get this 2022 season started!”

Chris Fillmore - Red Bull KTM Factory Racing Flat Track Team Manager: “With one year of racing at the top level under his belt, the timing felt right to bring Kody on-board with Red Bull KTM. At 17, you are quite young and have some experience still to gain, but Kody’s level of talent and natural ability were very evident after watching him race last season. Kody has had great mentorship from his father Joe, who is a legend in the sport of flat track himself, and I look forward to continuing to help him grow. From the first week of riding, I feel the chemistry between the two riders is really good and they will continue to push each other on and off the track to deliver on KTM’s Ready to Race brand promise.”