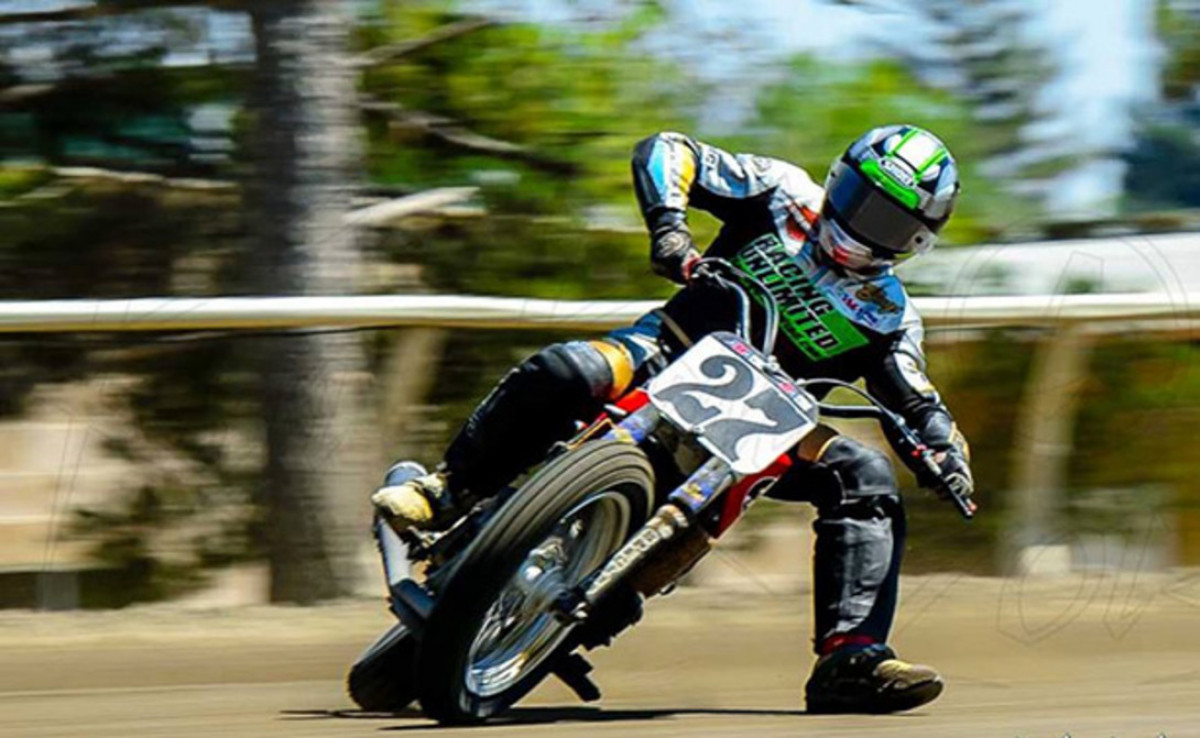 August 19, 2013 - We've been busy the last month racing a lot and traveling. July 27 we were in Sacramento, CA after heading west right after the Champaign, IL half mile where we finished 2nd to Sam Halbert. I rode the Suzuki twin in Sacramento and it worked well. I was 2nd in the heat which put me in the dash for cash and also on the front row for the main event. I finished 5th in the dash and 8th in the main event.

After Sacramento mile we headed north to Castle Rock, WA. I raced Thursday night before the national and won both classes. Friday we were suppose to race 450's and twin's on the short track but mother nature didn't allow that to happen and it was rained out. Saturday August 3 was Castle Rock TT national. After qualifying third I expected a good finish but I didn't get a great start in the heat race and ended up 4th. In the main
event we had some problems and I couldn't ride it hard and finished 14th.
We left Castle Rock and headed to Billings, MT for a Monday night All Star race for twins and 450's but was rained out again. Tuesday we stopped in Sturgis, SD for a short track race and I ended up 4th in the 450 expert class from a second row start. We left Sturgis and headed home.

The next weekend was Peoria so it was nice to sleep in my own bed again.
I raced my R&R Yamaha 450 at Peoria Speedway for the All Star race and ended up third. The next night was Galesburg short track where I rode the Yamaha to another third. The next day was Sunday August 11th Peoria TT national on the Weirbach Honda. I really wanted a good finish at PMC but didn't get a great start in the heat race and I found myself on the 2nd row for the main event. The main event the track was a little wetter and I raced my way to 7th with a group of three right in front of me at the finish.

This past weekend I went over to Indianapolis, IN for Mid America short track Friday and the Grand National Mile on Saturday. Friday they had 6 heats for the short track and I was able to win mine and start on the front row for the main. I ended up second to Jared Mees. Saturday we went to the Indy Mile and it started off as a light cushion in practice that eventually moved to the bottom groove by the main. After having brake problems in the heat I had to transfer out of the semi for a third row start in the main event. I picked a few guys off in the main event and ended up 10th on the Weirbach Suzuki. This weekend we were in New Kent,Va at the mega-mile. this is a mile and a 1Ž4 and was really hard on motorcycles, I think half of the bikes in the pit area were broke by the end of the day. We broke 2 our selves and ended up 15th in the main. Wow what a day! Off to Springfield this weekend no time to much more than get a good night sleep and be back at it. 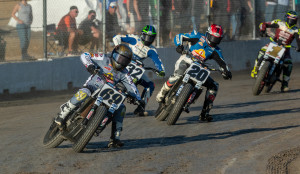 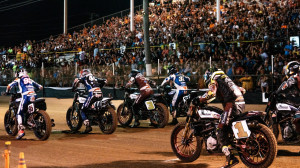