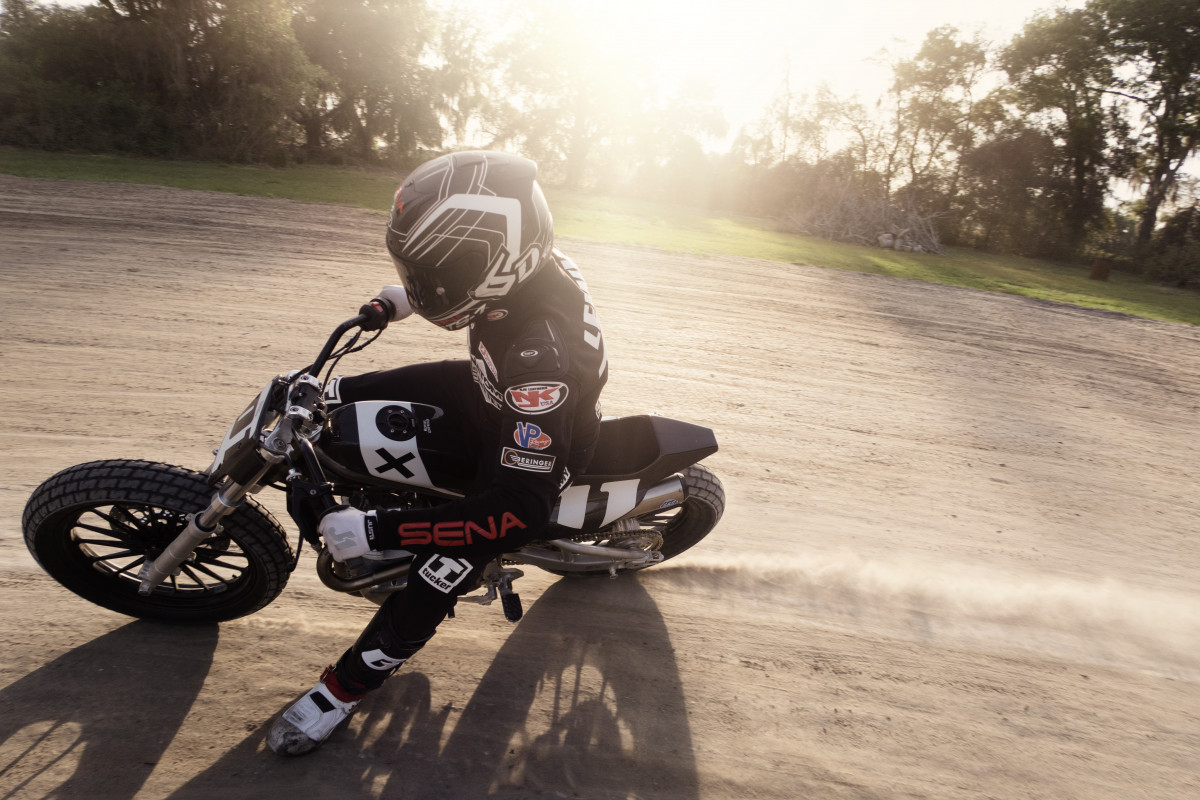 MILWAUKEE, Wis (June 24, 2020) — August will mark the return to racing for American Flat Track (AFT) and Royal Enfield. Royal Enfield will debut its FT racer at AFT Rounds 5 & 6 on August 28-29 , when Moto Anatomy’s Johnny Lewis takes the track for the first time in the AFT Production Twins class.

Lewis planned to unveil the concept FT at the Daytona AFT round in March, but due to COVID-19, the races were rescheduled. Despite the AFT season being temporarily postponed, Lewis is logging hours at his Center Hill, Florida training facility on the Royal Enfield FT concept. With the help of Royal Enfield, Harris Performance and S&S Cycle, the development of the FT has continued. Lewis will officially present the Royal Enfield FT at Volusia County Speedway on July 17.

“The Royal Enfield FT concept has already shown promise so far.” said rider and team owner Johnny Lewis. “We’re already seeing great results from the motorcycle. The team at Harris Performance and Royal Enfield have done a great job with the chassis, and we’ve already begun working through small adjustments based on my feedback. With the way the schedule is shaping out with small tracks, we could surprise many people.”

Lewis will be joined at select AFT rounds with the all-female BUILD TRAIN RACE participants starting with the Atlanta Short Track at Dixie Speedway October 2-3 and will return for the AFT season finale in Daytona Beach October 15-16. During these rounds, the women will conduct a special exhibition aboard their custom INT650 flat track motorcycles as part of the AFT event schedule.

American Flat Track will kick off its 2020 season with the first-ever Volusia Half-Mile presented by Russ Brown Motorcycle Attorneys doubleheader event at Volusia Speedway Park on Friday, July 17 and Saturday, July 18. Tickets are limited so secure yours today at www.americanflattrack.com.