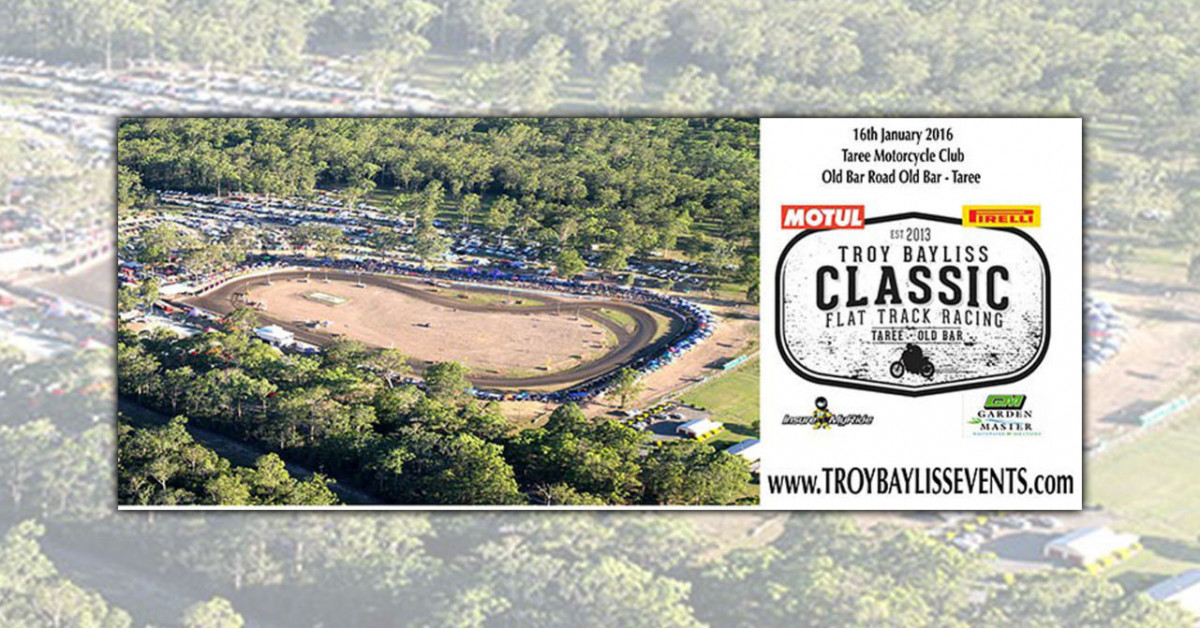 Equally, the list of Australian riders confirmed for the 2016 Troy Bayliss Classic reads as a who’s who of Australian motorcycle racing, with the 27 racers collectively laying claim to over 200 national titles.

Event organizer Troy Bayliss said the rider line-up for the fourth instalment of the popular event promised to deliver some incredible on-track battles.

“This event continues to grow and improve year-on-year and the 2016 event is shaping to be the biggest one yet,” Bayliss said.

“International interest in the Troy Bayliss Classic is gaining momentum, evident by the fact we have eight incredible racers from four countries, coming to take on a stellar line-up of some of Australia’s best motorcycle racers.

“The track has undergone a complete resurface courtesy of Taree Council and it will not be ridden on until the event, which means no one rider will have an advantage when the gates drop on January 16.

“For me personally, I am looking forward to catching up with the fans and racing in front of a great line-up of our future motorcycle racing champions (juniors),” Bayliss continued.

Tickets to the 2016 Motul, Pirelli Troy Bayliss Classic presented by Insure My Ride, Garden Master and Shark Helmets are on sale now via http://www.troybaylissevents.com/troy-bayliss-classic/.

The event, which will be held at Taree Motorcycle Club on Saturday 16 January is also supported by Coates Hire and Ixon.

Note: Two riders are still to be confirmed.