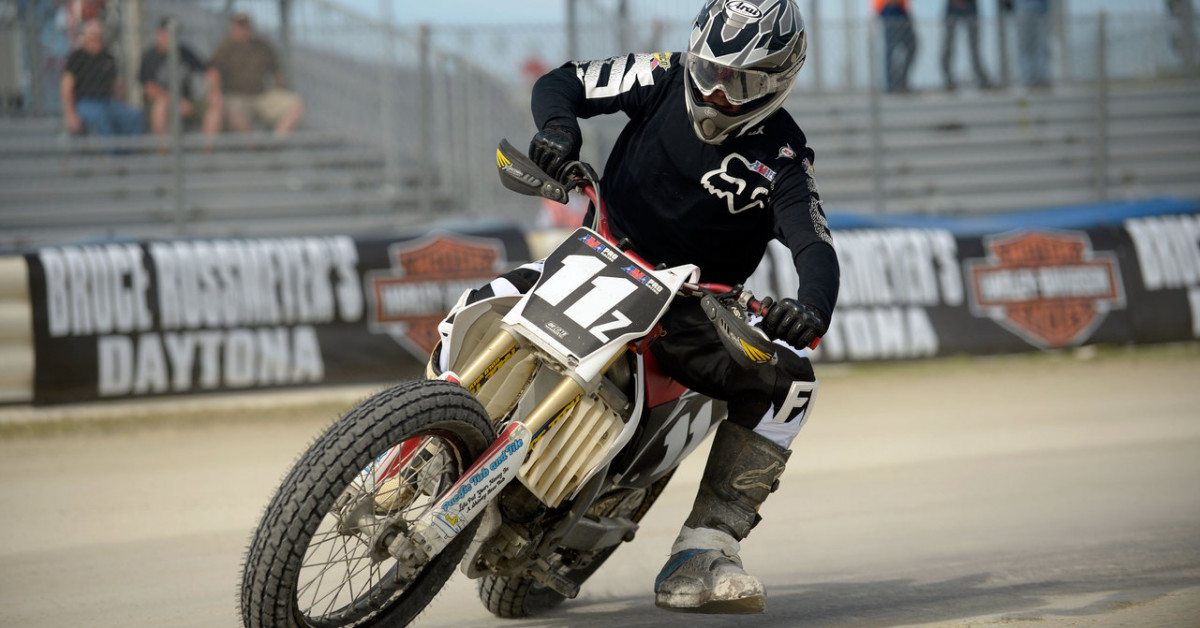 DAYTONA BEACH, Fla. (Oct. 28, 2015) – Despite not having much experience at the professional level yet, Andrew Luker entered this season as one of the most highly-touted young riders in AMA Pro Flat Track’s GNC2 class, and on March 12 at the season-opening race in Daytona, he validated the hype by earning his first-career win in just his third start in AMA Pro Flat Track competition.

Luker’s Round 1 Daytona win was monumental for the young rider on many levels. Not only was it his first victory on the big stage, but with the win, Luker punched his ticket to the inaugural Superprestigio of the Americas in Las Vegas, scheduled for Nov. 21.

Luker, 17, will get the chance to go head-to-head with leading motorcycle racers from various motorcycle-racing disciplines from around the world, including several of the top Harley-Davidson GNC1 presented by Vance & Hines competitors on a specially-designed indoor short track at the Orleans Hotel & Casino in Las Vegas.

“It’s definitely an honor to be invited to the Superprestigio of the Americas and have the chance to race against the GNC1 competitors,” said Luker. “Being from the West Coast, we ride a lot of little short tracks which I believe will help me put the bike towards the front.”

Luker will pilot the No. 11Z Kennedy Racing Honda CRF450R in Las Vegas – the same machine that he rode to victory in Daytona back in March – and if the California kid can get off to a good start and find himself a groove early on in the race, then an upset might just be in order.

The Superprestigio of the Americas is part of the big Las Vegas doubleheader weekend with the AMA Pro Flat Track Finale place the night before (Nov. 20, 2015) on the same track. For tickets and additional information regarding the special event, fans are encouraged to visit www.superprestigio.com or call toll free 1-844-722-6453.