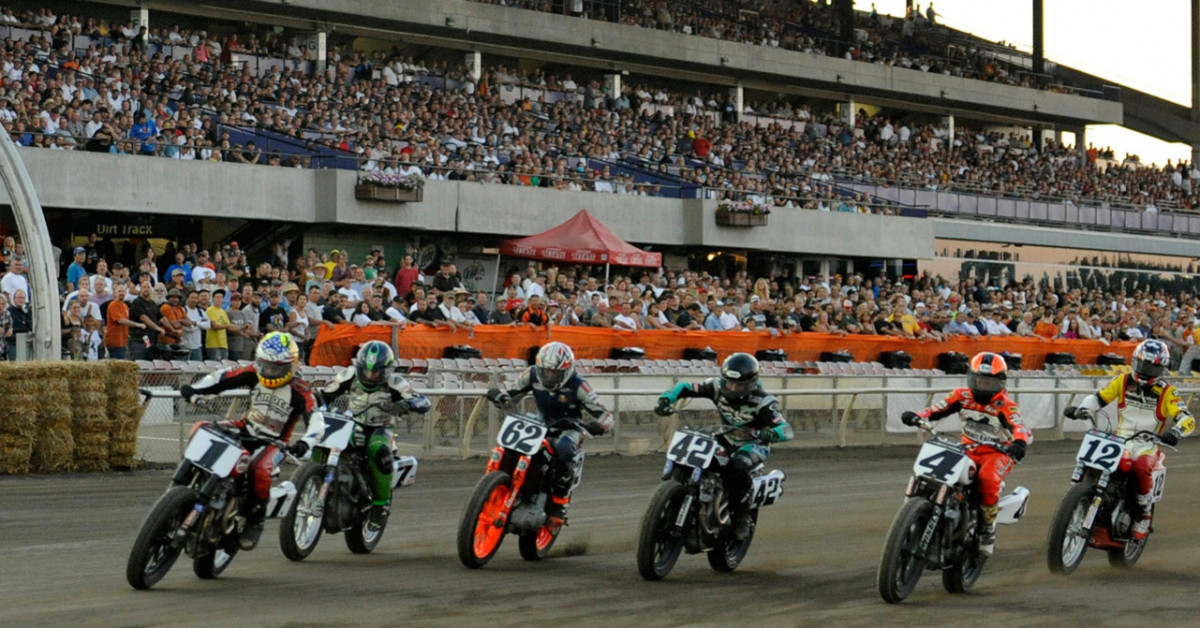 SACRAMENTO, Calif. (July 19, 2012) - When the Sacramento Mile, Round 7 of AMA Pro Flat Track's 2012 AMA Pro Harley-Davidson Insurance Grand National Championship presented by Lucas Oil and Motorcycle-Superstore.com thunders into the Cal Expo Center, Saturday July 28th, race fans will be treated to an unmatched spectacle as riders fly down the Sacramento Mile, pitch their bikes sideways and slide through the turns. There is no such thing as pacing or figuring out strategy in this type of competition. It is all or nothing...with only one rider emerging victorious.

Last year's star-studded AMA Pro Harley-Davidson Insurance Grand National Championship field marked the return of the Sacramento Mile after an absence of over a decade. A sold out crowd watched in awe as Bryan Smith deftly piloted his Harley-Davidson to victory, taking the Checkered by a margin of just .042 seconds over local hero Chris Carr.

In the AMA Pro Motorcycle-Superstore.com Pro Singles division, the action was equally spectacular as California's Mikey Avila (SDI Insulation) and Mikey Martin waged war over Pro Singles honors. Dicing back and forth, the Checkered gave Martin the victory with Avila in second. This year, both Avila and Martin have moved up into the Twins class and will be looking to show California fans just how good they are.

Gates open at 1:30 pm. Riders will run practice in the afternoon with open ceremonies taking place at 6:15 pm. Racing begins at 6:45 pm. A special autograph session will be held immediately following the last practice. Fans can meet their favorite riders, take pictures and get autographs.

Tickets are available on line at www.sacramentomile.com, through the Cal Expo at boxoffice@calexpo.com and through Circle Bell Motorsports at 707-703-3633.

Advance ticket prices are $85 for the Turf Club, $75 for the Legends Club House, $65 for Box Seats, $50 for Reserved Grandstands, $40 for Bleachers and $30 for Standing Room. All tickets are $10 more at the gate. All tickets also include same day admission to the Fair.