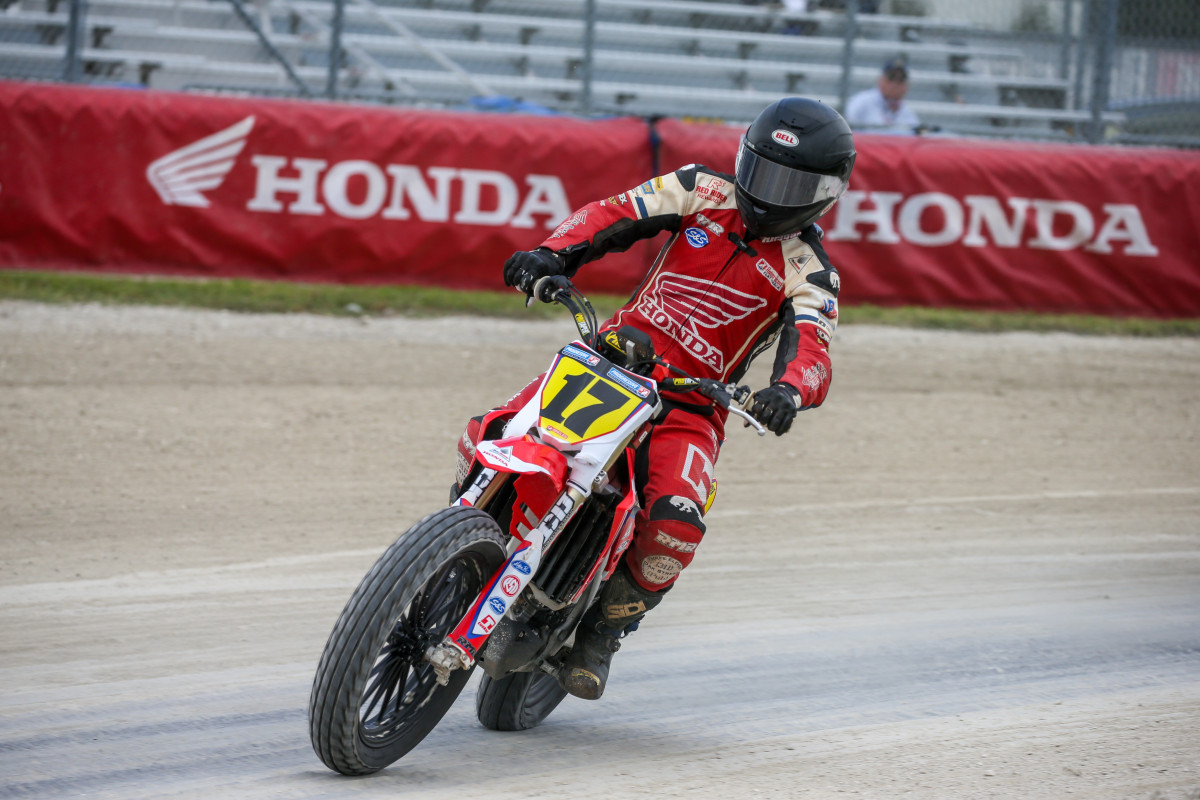 This is Honda’s third season back in flat track racing after more than 25 years away, having earned a total of six AFT Singles wins in 2019 and 2020, while finishing those seasons second and third, respectively, in the rider points standings. For 2021, Honda hopes to build on that progress.

A veteran of the sport, Michigan native Wiles was the GNC1 Singles Champion in 2009 and 2010, and he finished third in the AFT Singles final standings last year, his first aboard Honda machinery. Zabala and Brunner are up-and-coming racers returning to Turner Racing, and both posted respectable results last season aboard Honda machinery—Zabala notching two podium finishes and Brunner winning the Springfield Short Track.

“We’re pleased to have a strong Honda effort in flat track racing,” said Brandon Wilson, Manager of Advertising and Motorcycle Sports at American Honda. “American Flat Track continues to be a great steward of the sport, honoring its legacy while also building a promising future, and we anticipate a fun season battling for the championship. Everyone at Honda thanks Richie Morris and his team for two great years together, and we look forward to a successful effort with Turner Racing.”

Turner Racing owner Mike Turner noted that he is excited to be working with Honda. “This truly is a dream come true for our team,” he said. “To follow in the footsteps of some of the greatest flat trackers of all time, like Bubba Shobert, Ricky Graham, Mike Kidd, Freddie Spencer, Terry Poovey, Hank Scott, Doug Chandler and Ted Boody is an honor. These guys were my heroes growing up, and this means the world to me as a team owner. To be a part of the Honda legacy in flat track is something we do not take lightly, and we plan to honor that legacy by working 24/7 on our program to make them proud.”

The 2021 Progressive American Flat Track season is scheduled to kick off on March 12 and 13, 2021 with the Volusia Half-Mile doubleheader.