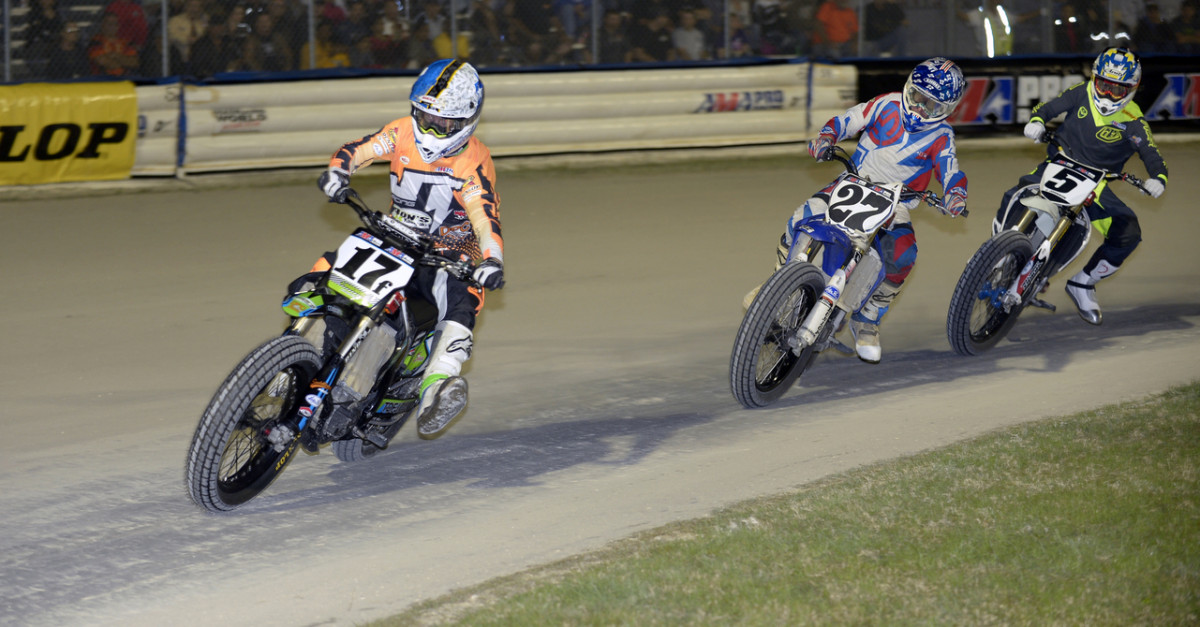 For the 16-year-old from Ohio, rounds 1 and 2 of the AMA Pro Flat Track season were his first in the premier Harley-Davidson GNC1 presented by Vance & Hines class, but since he turned 16 the week after the date in Daytona in 2014, he didn’t even run in GNC2, debuting as a professional in Round 3 at Springfield instead.

The pressure of racing with the top guns, and at a track he’s never competed on as a professional didn’t seem to rattle the Don’s Kawasaki pilot. Vanderkooi won his heat race on his No. 17F machine, in what was his very first action in the elite class.

“I won my heat race, I got the holeshot and led it all the way, so that was really cool,” Vanderkooi said.

Vanderkooi has raced at DAYTONA Flat Track, but not as a professional. Since AMA Pro Flat Track is home to the best dirt track riders and teams in the world, there would certainly be adjustments Vanderkooi would need to make on the fly.

In his first ever Dash for Cash, Vanderkooi had the bikes of Jared Mees, Stevie Bonsey, Kenny Coolbeth, Briar Bauman and Robbie Pearson around him. He was shuffled around mid-pack for the duration of the four laps and took a solid third in a hotly contested race.

Vanderkooi ended up making both main events at DAYTONA Flat Track, finishing 14th and 16th. He left Daytona 19th in the overall standings, and he was the only rookie to leave with any points, making him the early frontrunner for the Saddlemen Rookie of the Year Award. His top competition for that distinction is expected to be last year’s GNC2 champion, Kyle Johnson.

But right now, the focus for Vanderkooi is getting acclimated to rubbing handlebars with the likes of Mees, Bryan Smith and Jake Johnson, learning and improving.

“I want to put it in a lot of main events,” Vanderkooi said of his goal for 2015. “I want to get up there and get it on the podium by the end of the season. That would be a big accomplishment.”

Next up for Vanderkooi and the rest of the stars of AMA Pro Flat Track is the legendary Springfield Mile, May 24.