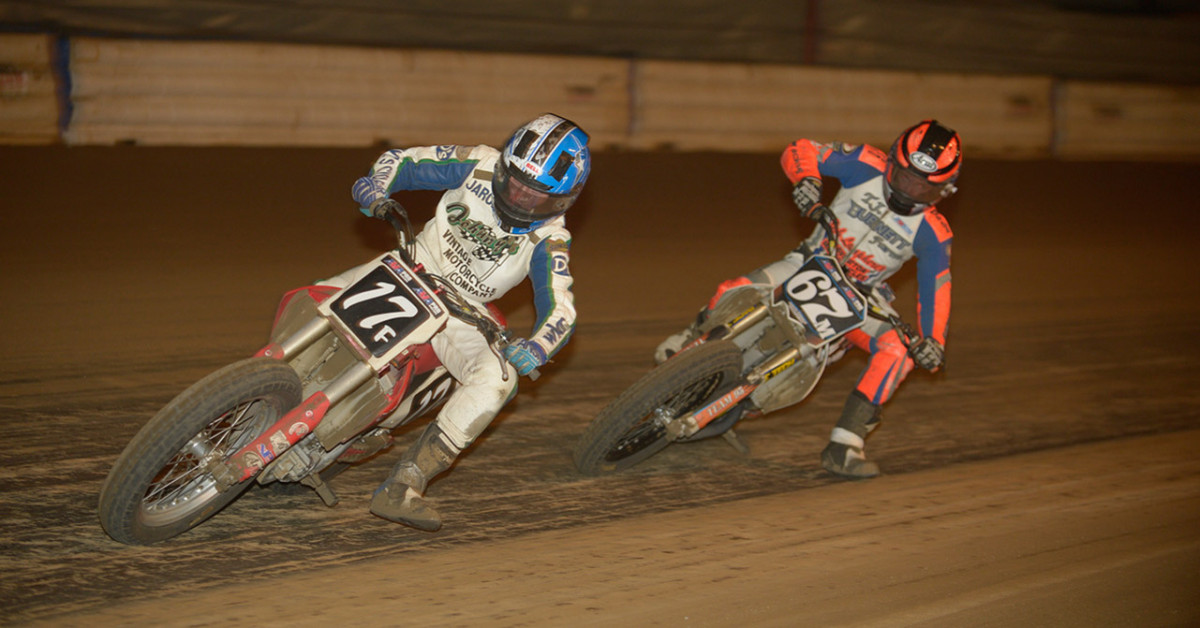 Akron, Ohio (August 19, 2014) - Every now and then a young talent comes up through the ranks in motorsports that catches your eye. Then there’s 17f-Jarod Vanderkooi who has caught everyone’s eye! This 16 year old, phenom flat tracker has been on fire since turning pro this season. That’s right…16 years old and already considered a professional athlete. Not abnormal in AMA Pro Flat Track Racing to be honest. But when a rider turns pro and wins his first AMA Pro race at the legendary IMDA Springfield Mile on the first try, then wins at Grays Harbor, Washington and the Indy Mile, on three different bikes, people are going to take notice.

Jarod Vanderkooi… “The Buckeye Bullet” is just a humble kid from Mount Gilead, Ohio whose parents have raised their family on love and flat track. Jarod’s father Jerry Vanderkooi is no stranger to this old school obscure dirt track sport. A previous left cranker himself; Jerry has become pit crew and crew chief for the Vandervooi racing camp. This season alone Jarod has ridden just about every bike made for the AMA Pro Flat Track scene- winning at Springfield on a Vanderkooi prepared twin, Winning at Grays Harbor, Wa on a Yamaha loaded to him by AMA Pro Expert Twins rider Mikey Martin. Then winning at the Indy Mile on a Honda loaned to him by Floyd Tapp. I’d say this proves that Jerry and Jarod have a winning rhythm working for them. Scoring a .000 margin of victory over points leader Kyle Johnson at the Indy Mile might have been one of the best races I have seen in 20 years.

With the 2014 season coming to a close soon and only 4 races remaining, fans are wondering “what’s next for Jarod Vanderkooi?” Jarod’s goals are to see Expert added to his resume. That’s right! Jarod wants to ride the big bikes. He has already proved he can handle the Pro Twins, has shown he has the experience to race clean and close and has an ever growing fan base to bring along for the ride!

Next stop for this Wunderkind is New Kent, Virginia for the AMA Pro Flat Track Racing’s Mega Mile at Colonial Downs Racecourse! Normally home to some of the best horseracing on the eastern seaboard , Colonial Downs comes alive with bigger horsepower August 23rd. Called the MEGA MILE because it’s not a mile at all, but a huge mile and a quarter dirt oval where these machines will breathe fire and fly around this amazing facility. Vanderkooi seems to be well suited for the big tracks and is eager to see the podium again.