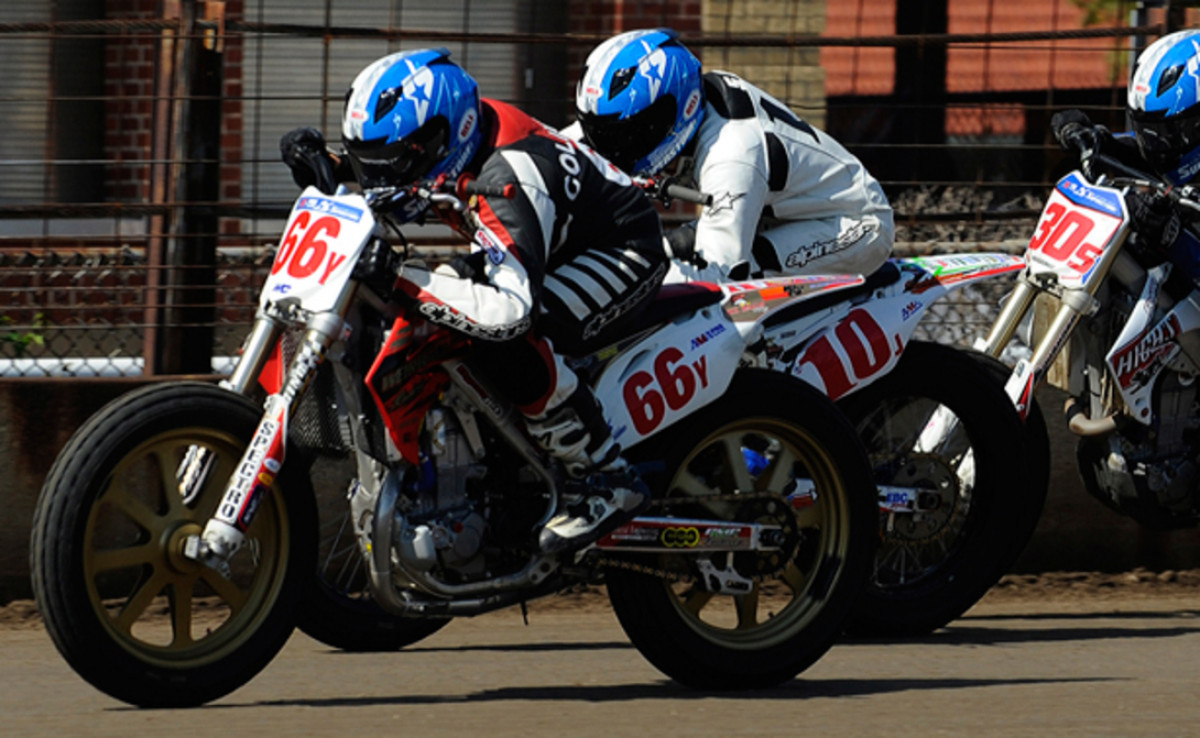 Colindres returns from last year’s team, which he joined in August 2012. Dominic had a strong last half of the season, winning 1 event, standing on the podium at 2 others. He finished 4th in overall points in the 2012 AMA Pro Motorcycle-Superstore.com Pro Singles Championship and will be contending for the 2013 title on the teams Honda 450s.

Colindres’ take on 2013, “So happy to be back with Weirbach racing for the 2013 season. After winning our first race and having a handful of podiums, I believe we have a strong chance at winning the championship this year.”

Pearson will be joining the team as a new member for 2013 and will compete for the AMA Pro Harley-Davidson Insurance Grand National Championship presented by Motorcycle-Superstore.com and Lucas Oil, in both the expert singles and twins competition.

In the 4 GNC expert singles events, Pearson will be riding the teams Honda 450s. Last year Pearson finished 6th in the Expert Twins class and 9th in the combined AMA Pro GNC series.

"I'm really excited for this opportunity with Weirbach Racing and Racing Unlimited. Combining all our resources is going to prove us to be a championship contending race team." Said Pearson.

Dick Weirbach announced, “We are joining forces with Alan Rodenborn, owner of Racing Unlimited Kawasaki, in Fort Dodge, Iowa. Alan will provide 2 C&J framed Kawasaki’s for Rob to ride in the AMA Pro Twins championship. Pearson will also have the team’s Harley Davidson XR750 at his disposal.“

After several years as a drag racer, Alan Rodenborn has focused on road racing for the past 14 seasons. Alan’s Development on the Ninja 650 platform began in 2006. Rodenborn bikes have won over 40 “Battle Of Twins” National events, en route to 3 national titles.

A cylinder head and engine specialist, Rodenborn will not only be handling the engines on the teams Kawasaki’s, but will be providing engines and components to other Kawasaki GNC racers and teams.

Rodenborn is quoted as saying “It’s very exciting to be building engines for GNC racing, and is an honor to be working with a team of this caliber. I’m confident that Dick, Ted and Rob’s experience, will make my transition into dirt track racing a smooth one.”

Ted Weirbach commented, "We are proud and excited to partner with Alan and Racing Unlimited. We are very fortunate to have top-level riders in Rob Pearson and Dominic Colindres for 2013. Both riders are great character guys and conduct themselves in a way that our sponsors will be proud to be associated with them both on and off the race track.”

The team is busy building and preparing motorcycles over the winter months, aimed at a successful 2013 season.

About Weirbach Racing-
Weirbach Racing is run, owned and operated by Ted Weirbach and his father Dick Weirbach. Dick is a veteran of the flat track scene for better than 35 years. He ran as a novice in the late 60’s and owned a Bultaco motorcycle shop for eight years. Weirbach racing was founded in 2000. In 2009, the inaugural year of the AMA Pro Singles Championship, Weirbach Racing’s James "the Rocket" Rispoli took second place overall and in 2011 Mikey Martin won the Pro Singles Championship. Other notables to ride for Dick & Ted are Henry Wiles, Sammy Halbert, Aaron King, Jesse Janisch, and Davey Durelle. Check their web site for more information www.weirbachracing.com

About Racing Unlimited Kawasaki/Victory/Polaris: The multi-line dealership is soon to celebrate it’s 25th year in business. The store is one of the Midwest’s largest “Kawasaki Team Green” dealers, and is also a Race Tech Suspension Center. For more information see: www.racingunlimited.com.