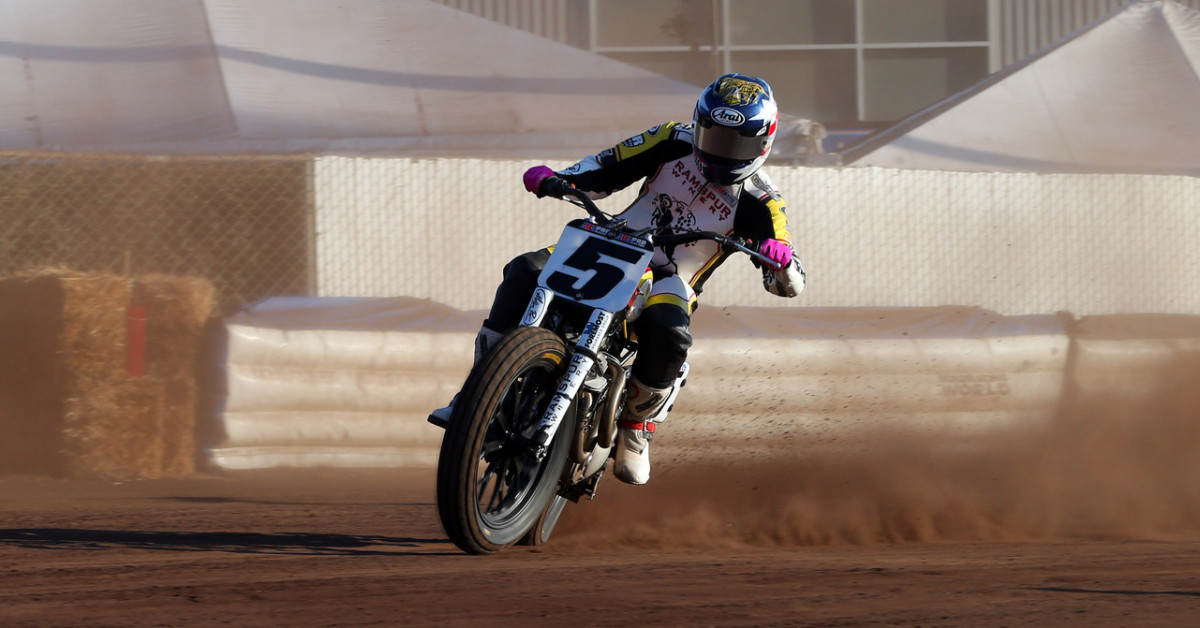 Few riders possess the raw talent Jake Johnson has. The two-time Grand National Champion can ride any bike, any track, and be among the fastest riders.

The New Jersey native won nine races between 2009 and 2011, winning the overall title in 2010 and again the following year. Last year, despite not scoring a victory, Johnson was in the hunt for the title until the last race of the season. He wound up finishing third overall, but was one of just three riders who scored in every main event.

Johnson stepped away from AMA Pro Flat Track competition after the season-opener at DAYTONA Flat Track this year, ending the longest running streak of scoring in main events in the Harley-Davidson GNC1 presented by Vance & Hines class.

In fact, in Round 2 from Daytona, Johnson snapped a 17-race streak of top 10 finishes that dated back to 2013.

What it all means is, if Johnson is in the field for X Games Harley-Davidson Flat Track, rest assured he’ll be among the contenders for a medal.

In their words: “I’m looking forward to racing at the X Games. It is pretty cool to see flat track being included in something as well-known as the X Games. I’ve been watching the X Games since it started, so it would be awesome to add an X Games medal to my trophy collection.”