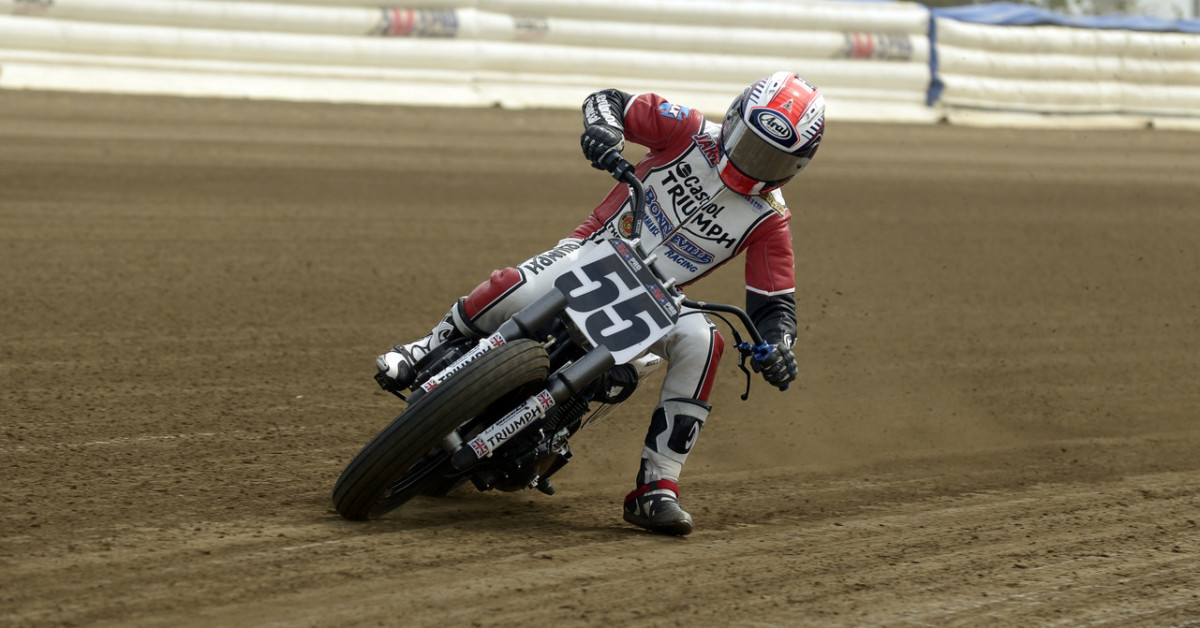 As a rookie in 2013, Jake Shoemaker earned Saddlemen Rookie of the Year honors at just 20 years old. He made six main events that year and wound up 14th overall in points in the elite Harley-Davidson GNC1 presented by Vance & Hines class.

Shoemaker made a big early impression as a rookie too, taking second at the Hagerstown Half-Mile in what was his fourth race in the top class. That was one of four top 10 finishes for the Pennsylvanian.

Results since then prove he was just getting started too, and now he’ll be competing in X Games Harley-Davidson Flat Track on June 4.

In 2014, Shoemaker made every main event but two. He put his No. 55 on the podium twice and finished inside the top 10 seven times. At year’s end, he landed 10th overall in points.

Now he’s riding for the Bonneville Performance/Castrol Triumph team and the 22-year-old has even greater goals to achieve. So far in 2015, he’s 2-for-3 qualifying for main events and his 10th in Round 1 at DAYTONA Flat Track was his best finish there as a top-tier rider.

Shoemaker has proven he has the speed to put himself on the podium with the best flat trackers in the world, and on June 4, he’ll have the opportunity to show that to his biggest audience yet when he competes in the X Games.

In their words: “It’s really cool, it’s a totally different venue as far as the fans that you pull in. A lot of different genres of sports are part of the X Games and it pulls in a different fan base. So to be part of that world now, X Games, it’s really good.”