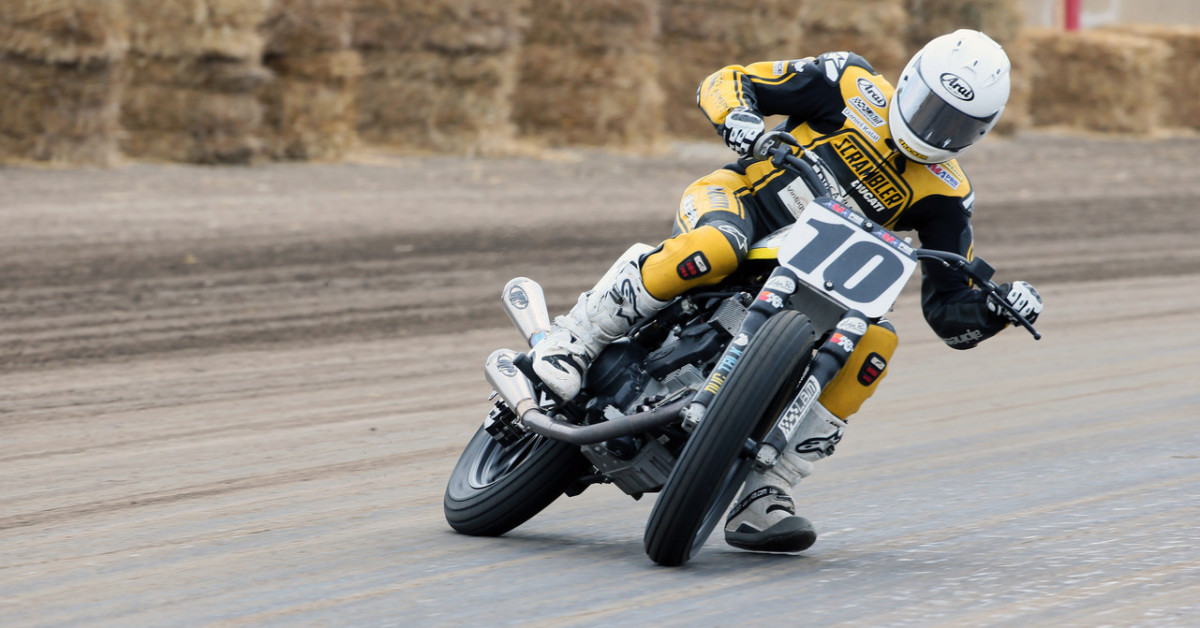 In 2015, Johnny Lewis was thrust further into the spotlight as the teammate for Troy Bayliss, the Australian road racing legend who is running five AMA Pro Flat Track events this summer.

But Lewis had made quite the name for himself before being invited to throw his leg over a Ducati for Lloyd Brothers Motorsports this season. Lewis, along with Stevie Bonsey, is one of two X Games Harley-Davidson Flat Track athletes with previous experience in the action sports showcase. Lewis has an extensive background in supermoto, and competed in that discipline in 2008.

Lewis has one victory in AMA Pro Flat Track competition, and that came on the Short Track at DAYTONA Flat Track in 2012. In limited competition in 2014, Lewis qualified for two main events, both at high-speed Miles. Going back to 2013, Lewis put himself in nine main events and recorded three top 10s.

Before the 2014 AMA Pro Flat Track season, Lewis made a major lifestyle change, choosing to live out of an RV with his wife and child, traveling to events and teaching riding camps.

In their words: “Being in the X Games is going to be pretty unique for Flat Track. I think guys are used to the extreme sports that are skateboard, BMX, and now they’re throwing in some big motors on motorcycles. They have the rally cars. I think it’s pretty comparable to those, as far as the horsepower and the ratio. Hearing the motorcycles, seeing them, is going to be huge for the typical extreme sports guys. Having a Ducati in the X Games is going to be unique in itself. I don’t think anybody would have thought a Ducati would be in the X Games, and that’s pretty cool. I’m just excited for the track, the event, the drop gates, the starting gate, all the cool features they’re testing out and playing with. It’s going to be fun.”