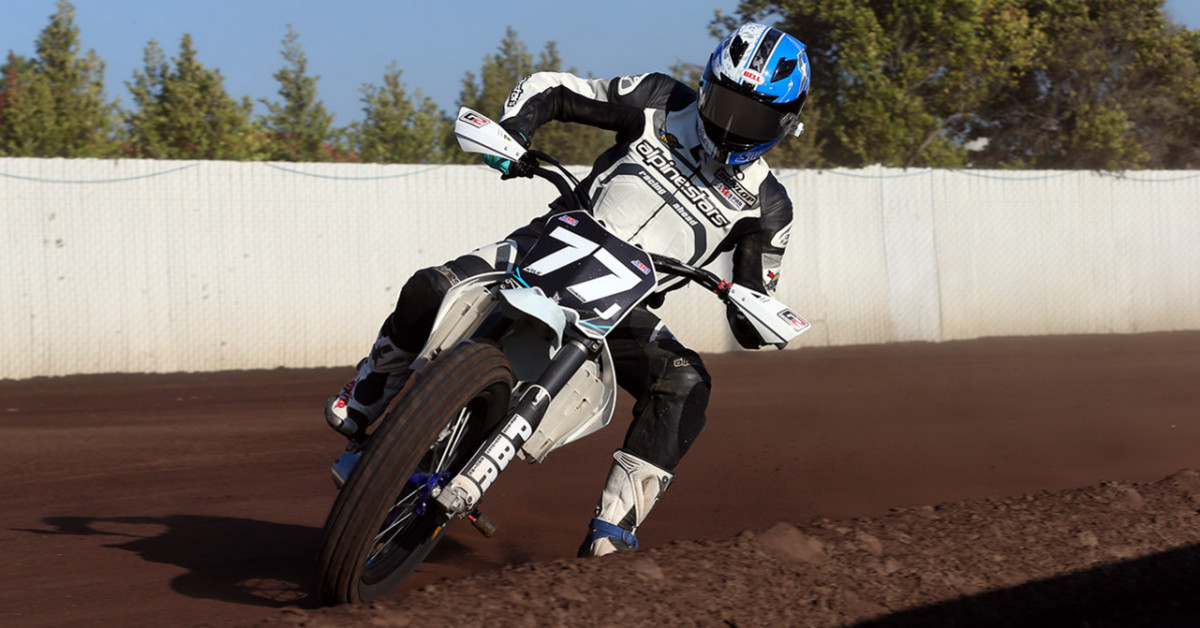 DAYTONA BEACH, Fla. (May 15, 2015) – The Springfield Mile is right around the corner, and 20-year-old Kyle Johnson is ready to finally compete in it.

The 2014 GNC2 champion will take to the Illinois State Fairgrounds aboard his National No. 77 Parkinson Brothers Racing Kawasaki EX650 on Sunday, May 24, marking the first time in his professional career that he will have competed in the legendary Springfield Mile.

Fortunately for Johnson, his hand healed in plenty of time for him to finish out the 2014 season strong and earn the coveted GNC2 championship in just his second professional season, making him one of AMA Pro Flat Track’s biggest rising stars.

Now, in 2015, Johnson is about to embark on undoubtedly the toughest season of his career. Coming off two season-opening Daytona rounds in which he failed to make a main event, Johnson’s first year competing in the elite Harley-Davidson GNC1 presented by Vance & Hines class is off to a slightly rough start, but it’s nothing he wasn’t prepared for.

“I know I’m going to battle through some adversity this year,” said Johnson. “It’s my first year competing in GNC1 and these guys are a lot faster and more experienced than any other competition I’ve ever matched up against. It’s definitely something new for me, but I’m going to go out there and try and learn something every weekend and hopefully come away with some points at Springfield.”

As far as Johnson’s on-track action and familiarity with his new Kawasaki EX650, he plans to spend a full weekend getting repetitions on it at I-96 Speedway in Lake Odessa, Mich., in the next few days.

“I’ve had limited action on a twin throughout my career so this will definitely be a learning experience for me,” said Johnson. “I’m looking forward to riding the Kawasaki the weekend before Springfield to get a better feel for the motorcycle. It’s my second year with Parkinson Brother’s Racing and I feel very comfortable with them engineering my bike and being in my corner for a second straight year. We won the GNC2 championship together in 2014 and we’re looking to carry over some of that momentum to this year as well.”

Be sure to tune into www.FansChoice.tv on May 24 for the Springfield Mile to see how Johnson fares against his new competition. For tickets and information to the event, fans are encouraged to call (217)753-8866.