The versatile Justin Jones has collected points across all three Progressive AFT classes during his nine-year career. Despite a number of strong efforts in twin-cylinder competition, his greatest success came during his earlier days aboard 450cc singles, where he racked up six podiums, including a maiden victory at the 2015 Daytona Short Track. Signed by the 1st Impression Race Team to compete in ‘22, the 25-year-old has turned his full focus back to the Part Unlimited AFT Singles class with an eye on recapturing that front-running form. 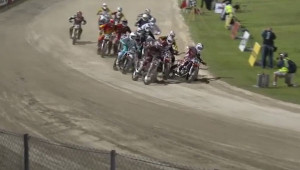