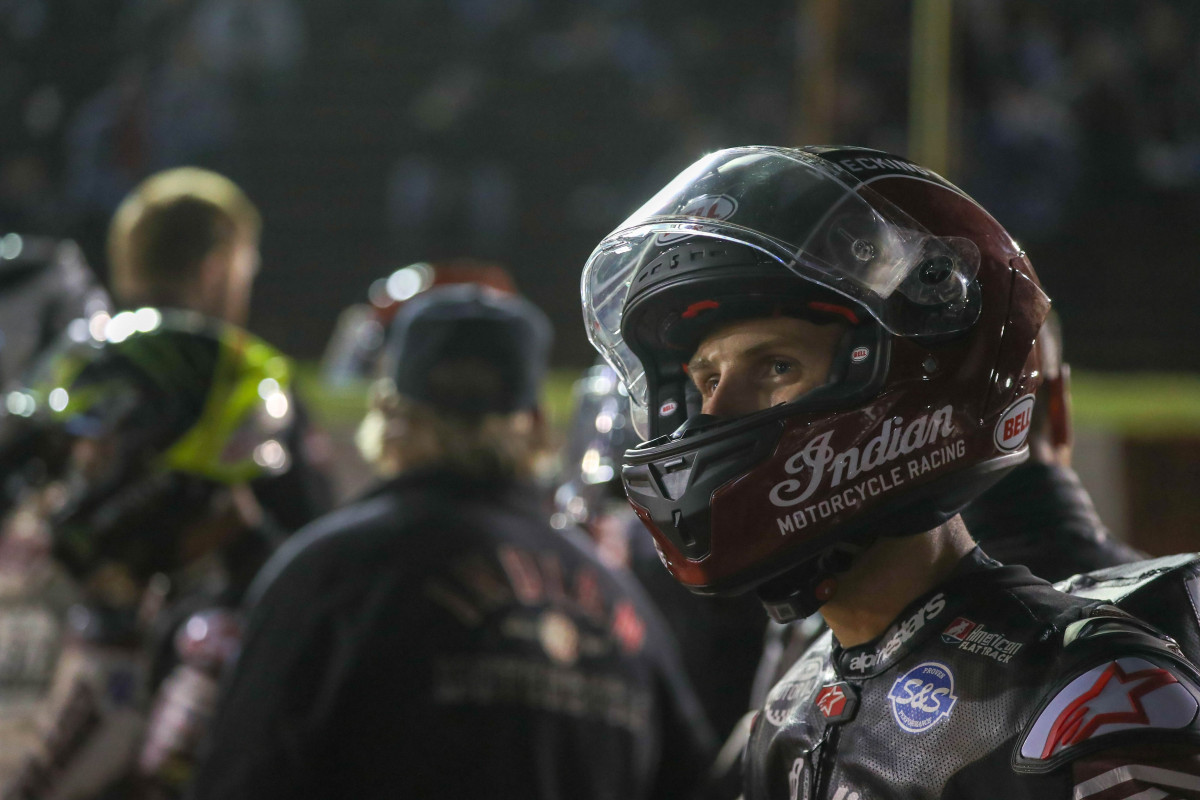 Catch-up with BB14: Can Briar Bauman Win His First Mile in Lexington?

Briar Bauman’s ascension to AFT Twins presented by Vance & Hines title contender status since joining the feared Indian Wrecking Crew has been so immediate and so complete that his presence at the front each and every week already feels like an expectation rather than a mere possibility.

It’s not quite accurate to consider this a breakthrough season for Bauman; he had already long since broken through, having scored premier class victories in four prior seasons and finishing the 2018 season ranked third in the points.

That said, there’s no denying he’s stepped his game up to a new level since throwing a leg over the No. 14 Indian Motorcycle/Progressive Insurance FTR750. Five races into the 2019 American Flat Track season, Bauman already boasts more podiums (five) than he’s ever previously garnered in a single season.

Did anyone see this sort of performance coming? Well, Bauman for one.

He said, “In all honesty, I try to be as modest as possible, but I think this season has gone exactly as we believed it would go, as far as myself, (mechanics) Dave (Zanotti), and Michele (DiSalvo) were concerned.

“Maybe Indian didn't quite expect it, or maybe American Flat Track didn't quite expect it, but obviously you always believe in yourself. And at the end of 2018, when we first got on the Indian it took us a couple minutes to get the bike figured out and gel with it completely, but once we did, we were one of the guys to beat. I feel like we should have won the last three races in a row. 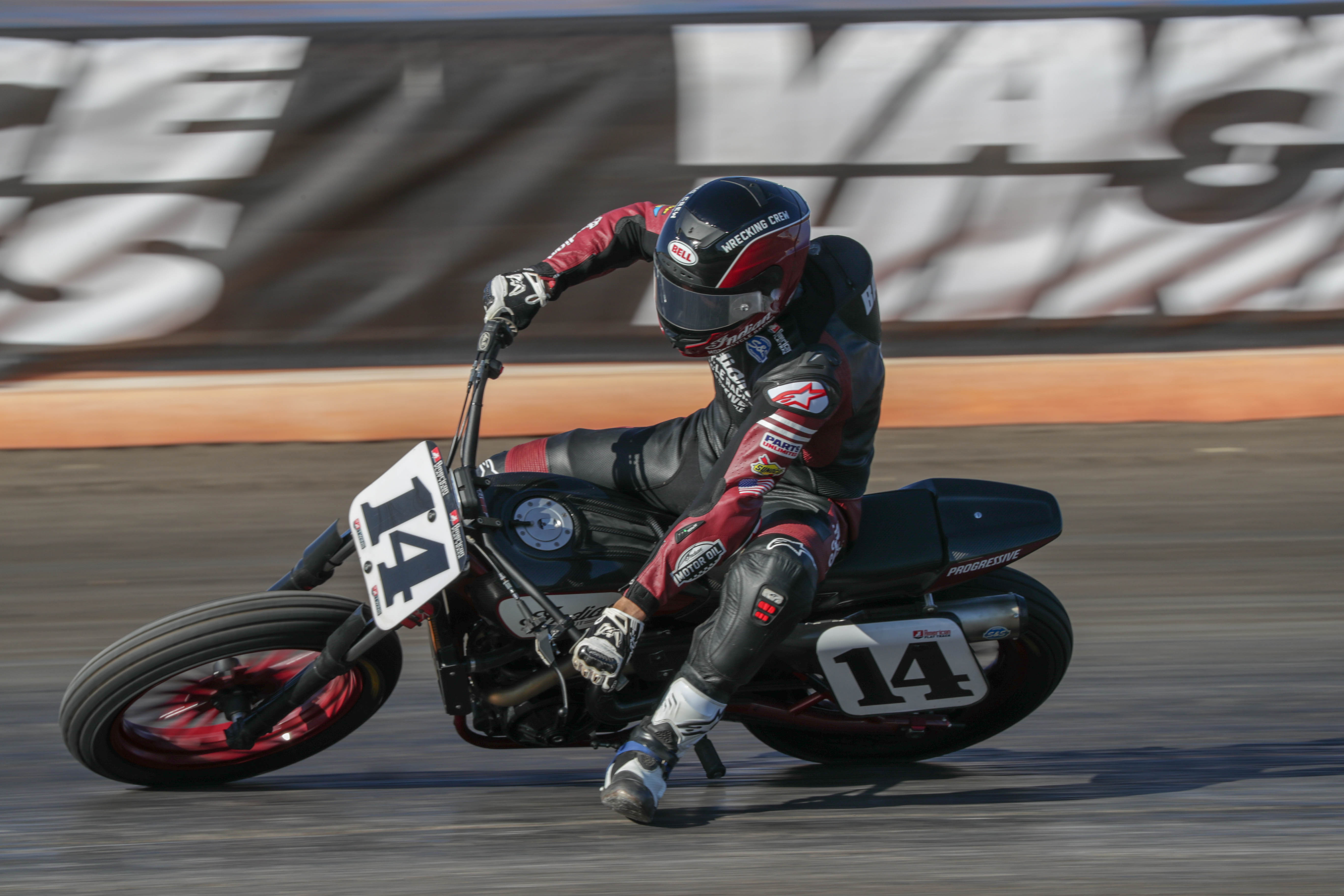 “So coming into this season, we had pretty high expectations for ourselves. It didn't take away any of the pressure, but we knew what we were capable of. We're not taking anything for granted by any means -- it's really, really difficult to do -- but with all the right pieces, we can hopefully keep it going.”

Bauman’s transition to factory flat track star has gone as smoothly off track as it has on, thanks in large part to Indian Motorcycle’s willingness to view Bauman and his existing crew as a winning unit as opposed to a collection individual pieces that could be broken apart and reassembled in other combinations.

He said, “Fortunately, I was able to bring my mechanics along with me. I believe more in Dave than probably anyone else on this Earth when it comes to motorcycles. So bringing him with me -- and having Michelle there as well -- was pretty huge.

“Riding for the factory -- that's a dream come true. There are a lot of expectations and whatnot, but at the same time, having those two with me kinda takes the edge off. It almost makes it feel like it’s just me and those guys going to the races.

“On top of that, all the guys at S&S Cycle are really laid back. They all want to win really bad, and we all have the same goal in mind, but it's easier to do your job when you have a group of guys who are fun to be around and who you enjoy spending time with.”

The biggest opportunity -- and biggest potential pitfall -- that came as a result of joining forces with the series’ dominant team was being put on equal footing with all-conquering AFT Twins Champion Jared Mees.

The move simultaneously provided access to the best possible equipment while stripping away any and all excuses.

“That was the biggest thing for me,” Bauman said. “Jared is going to go down in history as one of the best flat track racers ever. He's in position to try to take over the GOAT nickname during his lifetime.

“I always looked at Jared as one of the guys who has always put himself in the best position he possibly could in terms of motorcycles, mechanics, and all that. There have been some other guys who were maybe as talented, but they never gave themselves that same opportunity.

“So, yeah, knowing how much S&S Cycle, Indian Motorcycle, and everyone that's involved wanted to win -- and how much time they were going to put into the motorcycles for me -- I was looking forward to having just as good, if not better, equipment under me every weekend.”

The scary thing for the opposition to consider is that Bauman still has plenty of room to grow and improve. He’s kind of in a strange point in his career where it’s not completely clear, even to Bauman, if he should be viewed as an up-and-comer or a crusty vet.

Yes, he’s been a premier-class frontrunner for the better part of a decade now, but at the same time, he’s just 23 years old.

“It's a tough spot honestly, even for me,” he said. “I don't want to say I get worked up, but I get to thinking -- just hanging out at night on the couch -- about what I need to be doing better, or how I can't mess up here, or do this wrong or whatever. And then I sit back and say, ‘man, I moved up to the premier class when I was only 16.’ It took a while to find my bearings and earn my spot in the class. At the time, it seemed like I might have made the wrong decision, but now I'm 23 and hopefully chasing a championship.

“I have a lot of experience, but I do a pretty good job mellowing myself out and realizing I'm only 23. I can't expect the world right now. I need to keep working at what I'm doing and just try to get better at my craft. 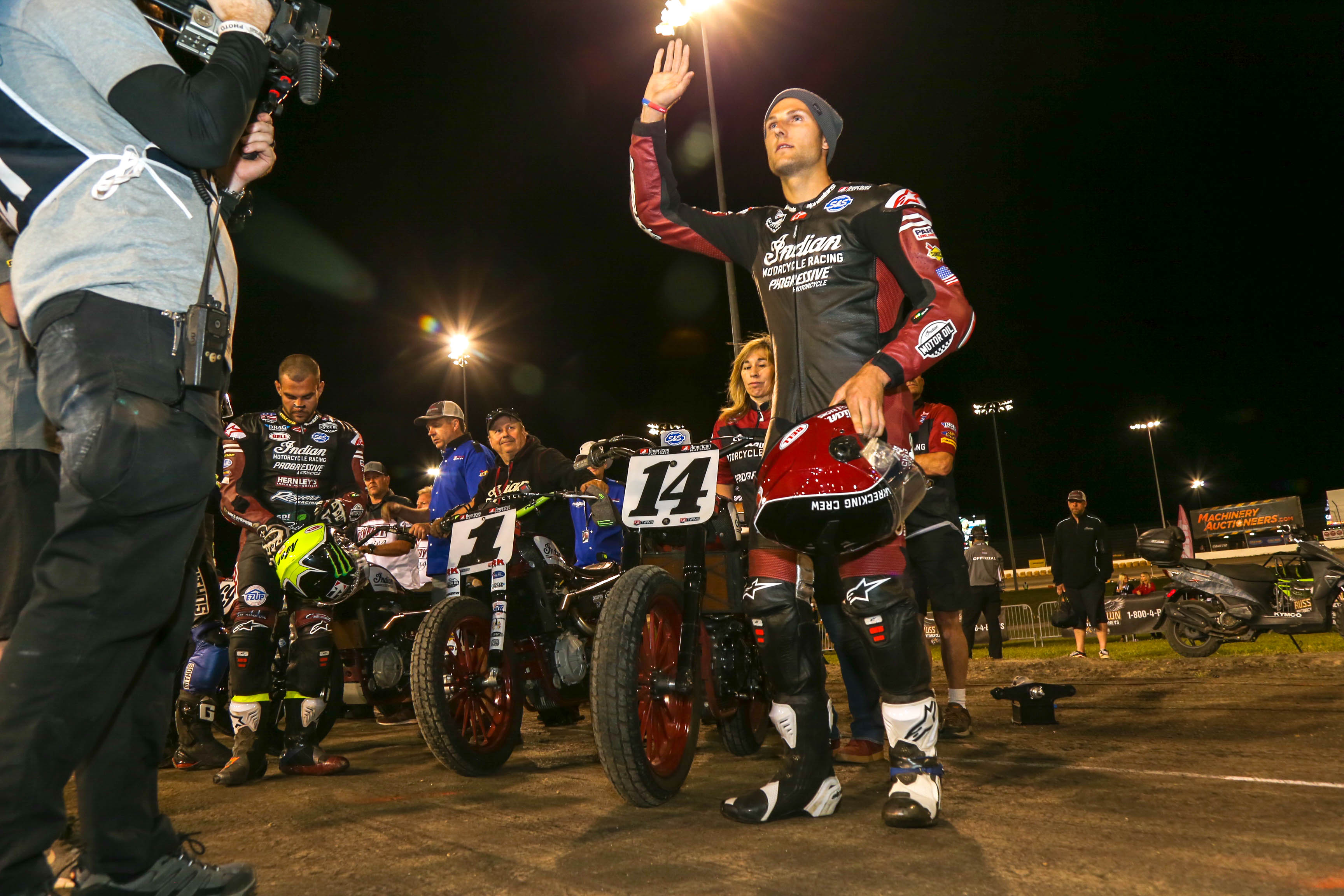 “I remember when I first turned Expert, I would get so frustrated because I'd get to racetracks I didn't know real well or certain types of dirt. It would just take me the whole day to try to figure it out to get an idea of what to do with the bike. The thing with American Flat Track that's a little bit different than motocross or any other motorsport is you can't beat experience.

“Now I get to racetracks and we'll see something that's familiar to something we faced in the past. And even though we're having a great year and have been on the podium everywhere, we'll walk away from each weekend knowing we could have done this or that a little better or differently. It just goes to show, we feel like we know a ton, but there's still so much more to learn.”

Nowhere does that experience get called upon more heavily than at the tactically demanding high-speed Miles. Bauman has been itching to prove himself on the big tracks this season, but inclement weather has twice pushed back his first opportunity to at last claim a maiden Mile victory, complete his career Grand Slam, and continue to silence whatever doubters (if any) remain.

This weekend he’ll finally get that chance at the Indian Motorcycle of Lexington Red Mile.

“The Miles are kind of the highlight of our sport, really. It's what all the fans love to see... the speed. Unfortunately the last two weekends have been rainouts, and they were both tracks I was really, really looking forward to.

“I think there's an idea that maybe I'm not the best Mile guy. I kind of felt like we changed some ideas about that last year. I'm just really excited to just get out there and keep racing at this point. I want to see where we stack up on the Indian on the Mile tracks now.”