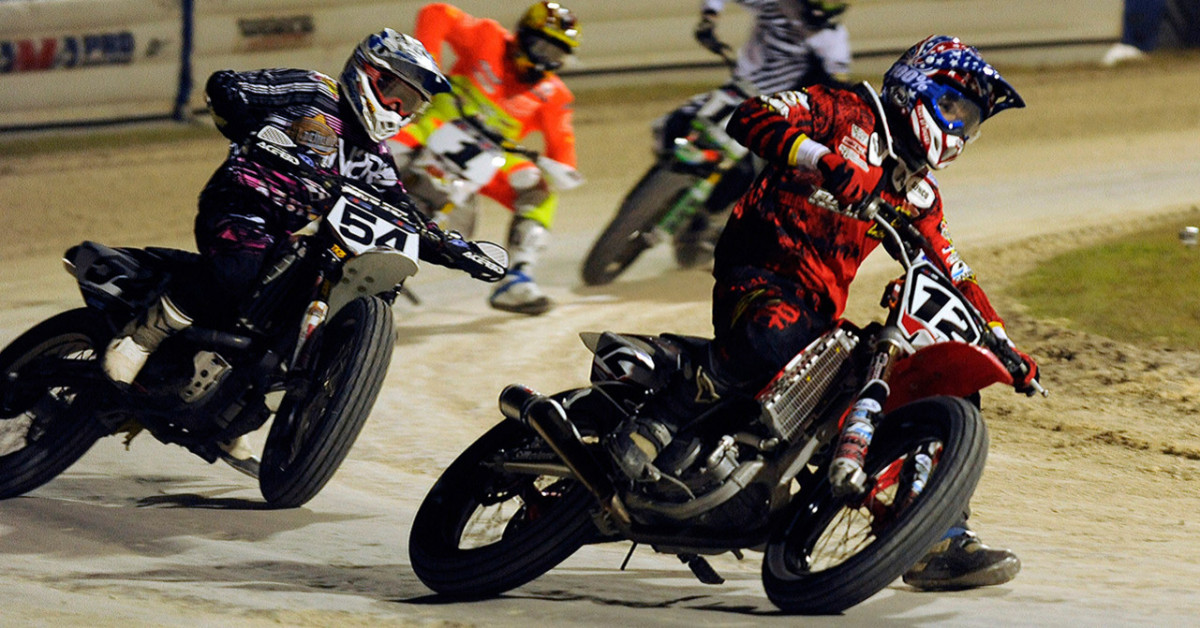 DAYTONA BEACH, Fla. (November 19, 2013) - DAYTONA Flat Track will once again play host to the AMA Pro Flat Track presented by J&P Cycles opener as the series kicks off the 2014 season with a doubleheader on the quarter-mile limerock track located outside Daytona International Speedway's west banking.

At the 2013 season opener, all four riders who crossed the finish line for the win recorded their first career victories at the professional level. Kyle Johnson and Jake Constantine, representing the J&P Cycles Pro Singles class, electrified a Daytona crowd with one victory each on their 450cc machines while Brandon Robinson and Mikey Rush also claimed one win a piece while putting on a show like no other in Grand National Expert Singles competition.

The buck didn't stop in Daytona for Robinson and Johnson, as the two would go on to have outstanding seasons in their respective classes. In his debut season in J&P Cycles Pro Singles competition, Johnson proved more than capable of hanging with the talented field of young riders, as he went on to podium three more times in 2013 on his way to a fifth-place finish in the point standings.

Robinson's Race 2 win at Daytona in 2013 ignited his breakout season that included six total podiums and three premier class victories. Robinson would go on to finish third in the overall Grand National Championship and the Oxford, Penn. native surely proved that he will be a top candidate to contend for the title in 2014.

In addition to the DAYTONA Flat Track Doubleheader, the DAYTONA 200 event weekend will feature the full complement of GEICO Motorcycle AMA Pro Road Racing classes on March 13-15, 2014. Kicking off the week's racing activities at the Speedway on March 8, 2014 will be the Daytona Supercross by Honda - the only AMA Supercross event in Florida in 2014. The tough and challenging course will once again be designed by Supercross legend Ricky Carmichael.

Tickets for all motorcycle racing events scheduled at Daytona International Speedway are available by calling 1-800-PITSHOP or online at http://www.daytonainternationalspeedway.com.