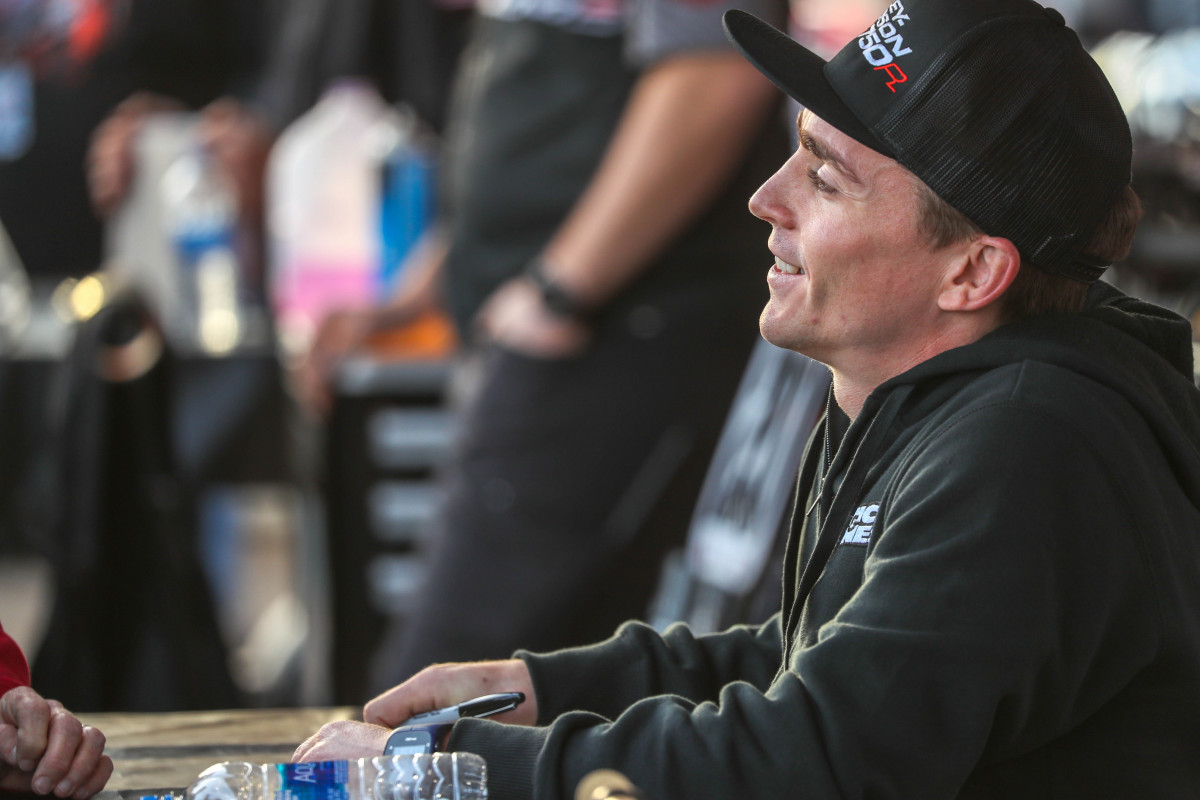 Prominent among the many highlights of last weekend’s Vance & Hines So-Cal Half-Mile presented by Russ Brown Motorcycle Attorneys was the welcome return of both Sammy Halbert and the Harley-Davidson Factory Flat Track Team as genuine contenders for victory in the AFT Twins presented by Vance & Hines Main Event.

Halbert was in full-bore Slammin’ Sammy mode aboard his XG750R Rev X over the race’s opening stint, showing pace on -- and the occasional wheel to -- race leader Brandon Robinson.

“It was definitely an encouraging day,” Halbert said. “Qualifying was interesting. I qualified 18th of 19, but I didn't panic. I knew my setup was pretty good. I just had to stay calm after having a bad qualifying result and having to start on the back row of the semi.

“In the Main Event, the start obviously went well. I felt calm and comfortable running right on Brandon's wheel and was looking for a pass. I felt pretty in the zone. I wasn't thinking about the outcome; I was in the moment. I felt Brandon was holding me up a little bit, but I knew I had plenty of time. 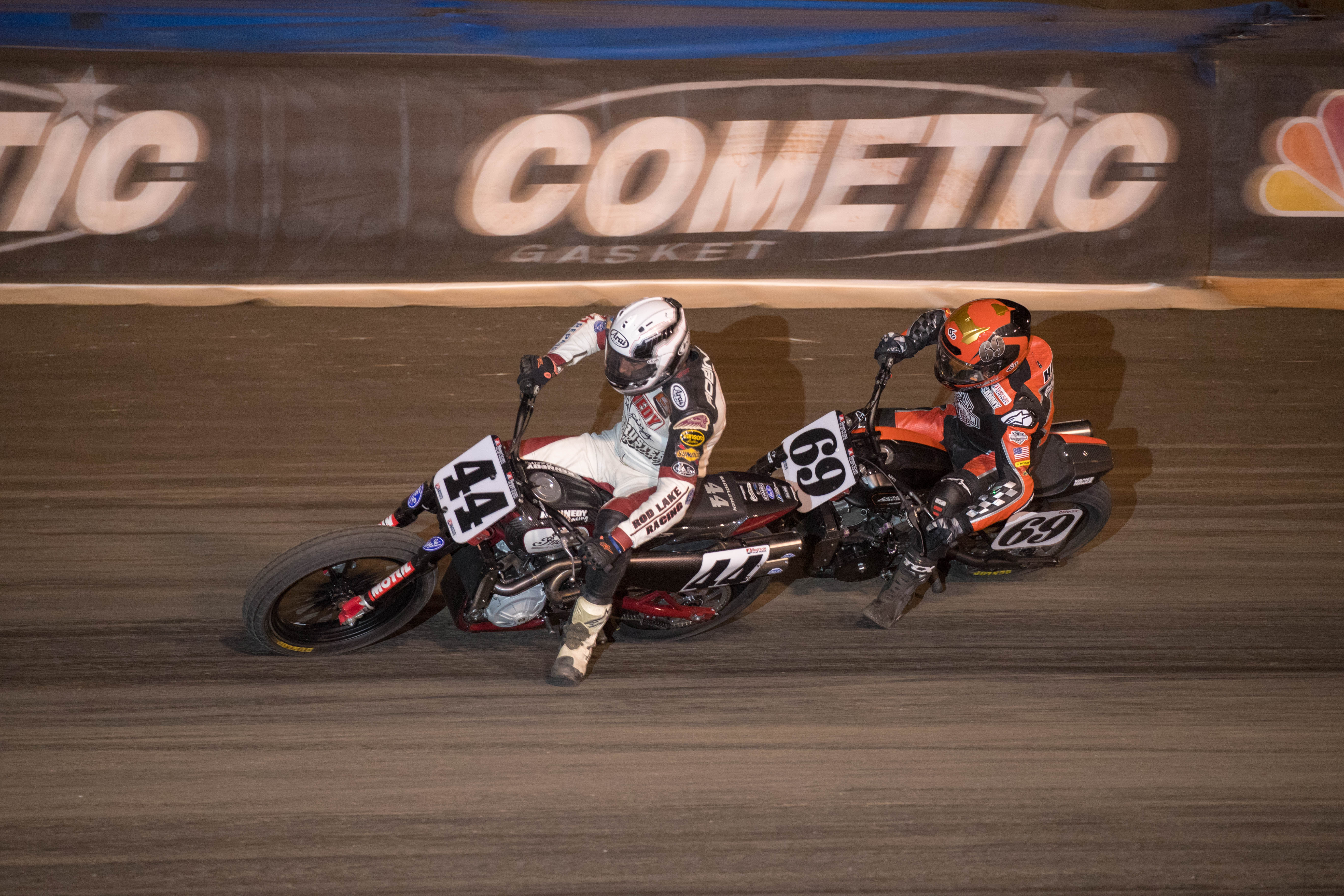 “I showed him a wheel one time down the front straightaway and almost went for the pass, but didn't quite have enough to get it done. I figured I would just kept waiting and working on my line. I was working on setting him up. I didn't know when, but I was confident I'd be able to make the pass at some point.”

Of course, he never got that chance. A red flag ultimately foiled what appeared to be shaping up as a likely win. But Halbert still managed to fight back from a poor restart and secure the first podium of the season for the legendary works H-D outfit.

“The red flag was unfortunate, but that's racing -- you have to be prepared for whatever it throws at you. With the restart... I just botched the restart. I put myself in a hole but stayed focused on getting back forward. I was stoked that I was able to get back up there and celebrate a podium with the team.” 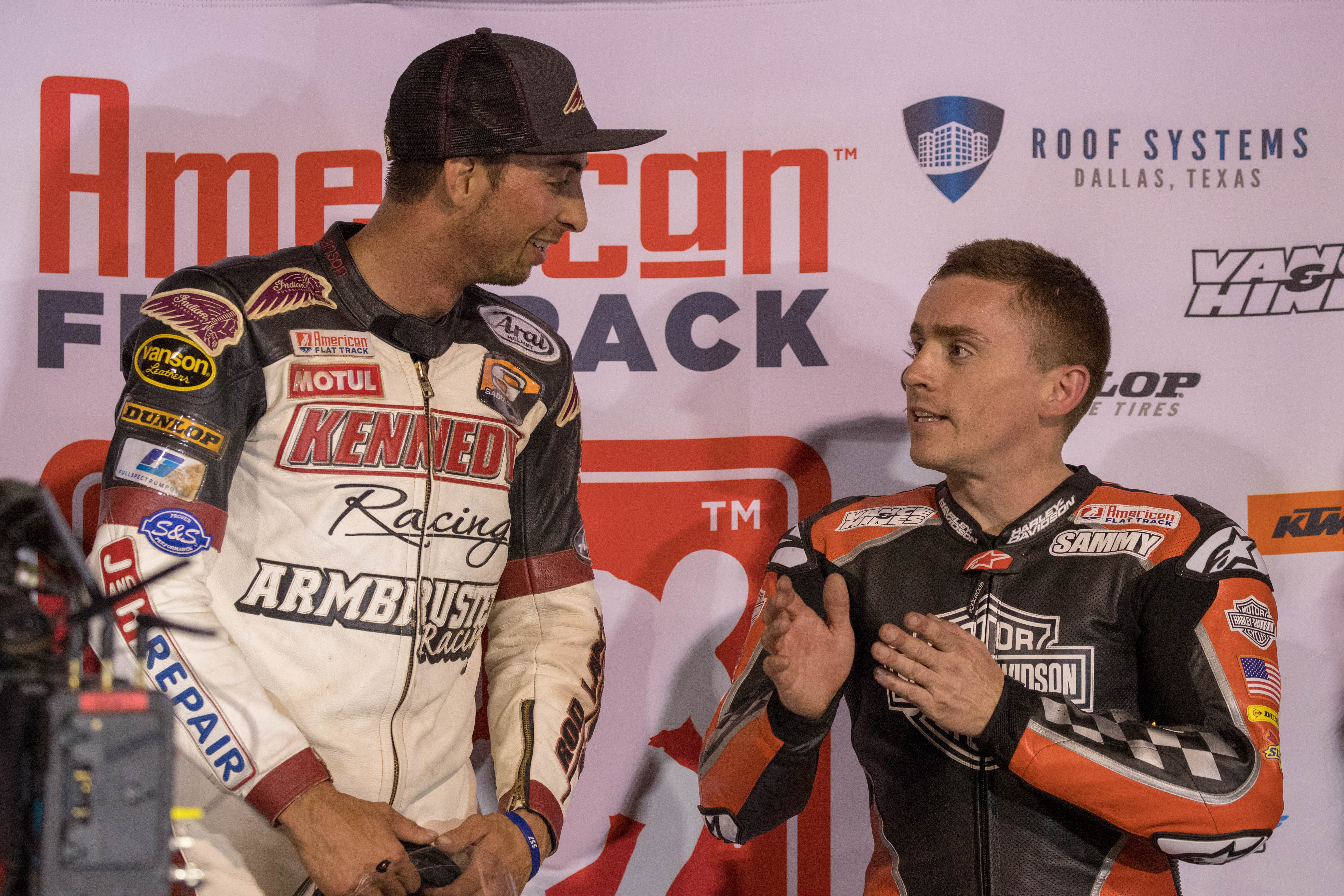 The image of Halbert -- the owner of 13 career AFT Twins victories -- aboard a factory Harley-Davidson -- the iconic brand that boasts over 100 more premier class American Flat Track wins than all other manufacturers combined -- battling up front was in some ways an exciting flashback to great moments of the past.

But even more thrilling is the prospect that it could be a flash forward of what’s yet to come.

After a protracted and oft-times difficult development process for the XG750R -- which faced the nigh impossible task of replacing the decorated XR750 -- the program is now decidedly trending up.

Last season, Halbert finished outside the top ten twice as often as he finished inside it -- and he was still the most successful rider on the three-man factory team. But already in 2019, Halbert and teammate Jarod Vanderkooi have combined to score five top-fives in five Main Events, highlighted by last weekend’s win that got away.

“It's definitely a big improvement from last year,” Halbert said. “I knew signing this deal that they still had some work to do developing this bike. But last year was tough. We thought we'd be better, but that wasn't the case. And we knew the changes we needed would take a while.

“It was a new experience for me, struggling to get into the top ten. At times it can maybe mess with your confidence, but overall I was pretty good at keeping my confidence up. I knew it was just a matter of time until we got the equipment sorted, and we were able to run up front again. I knew I could compete with (Jared) Mees and the best of the best of them. I have for many years.

“I never lost faith in myself. It was just a matter of trying to be patient and stay optimistic and positive and whatnot. When you're getting 14th... I got 14th so much last year, it was starting to become a joke. But this year, no 14ths so far.

“Now we can go into the events excited, looking forward to what we can do with the platform. With the package being better, it just makes life a little nicer.”

It’s no secret that Harley’s relative struggles in bringing the production-based XG750R up to speed have been both exacerbated by, and measured against, the immediate dominant success of the purpose-built Indian FTR750.

As one of the sport’s few remaining superstars who hasn’t joined ‘em to beat ‘em, Halbert has increasingly stood as something of a lone cowboy facing a tribe of Indians. 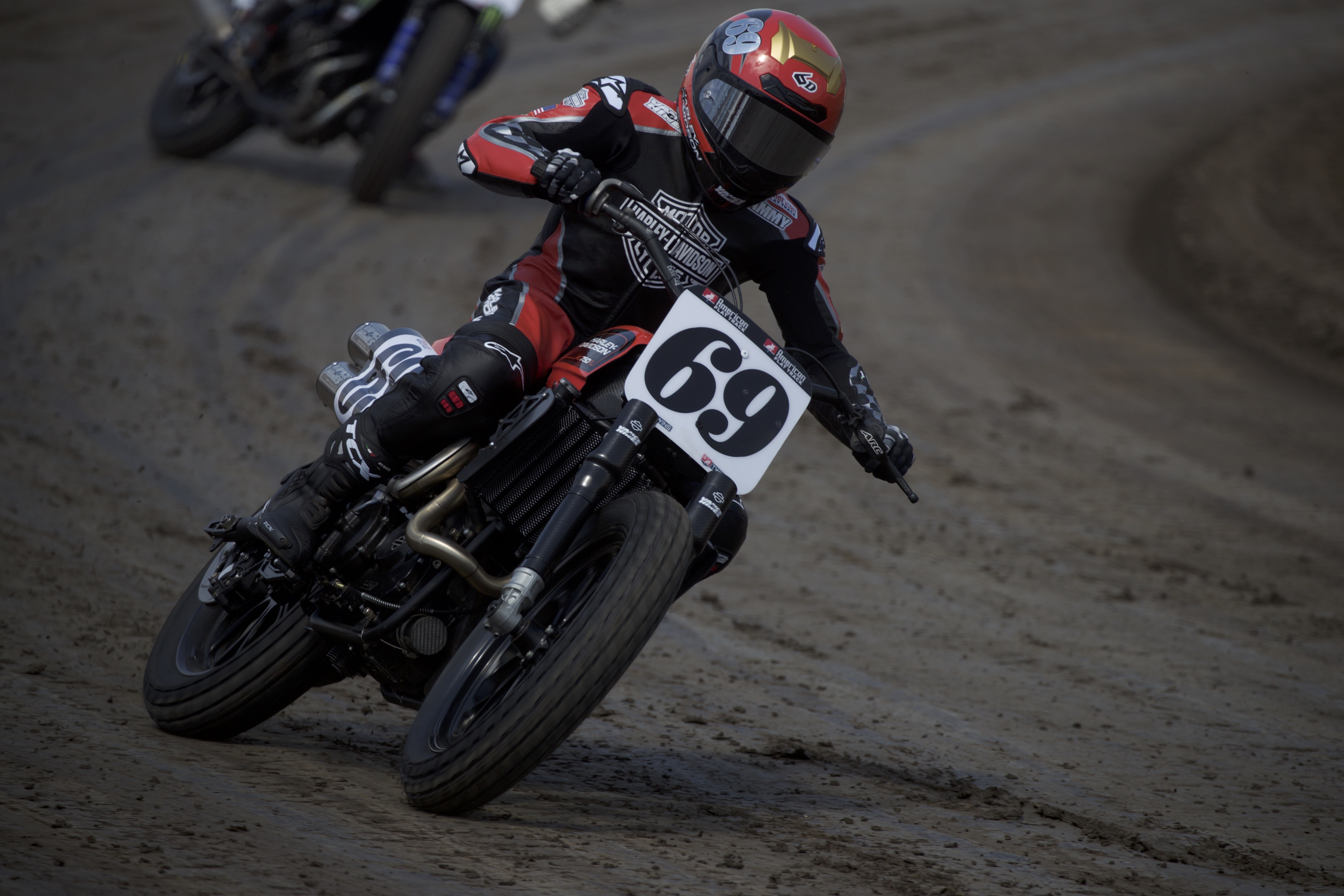 “It's definitely been... (laughs). Even this last weekend, I looked at my semi and it was almost all Indians except for me. It is what it is. This sport's just shifted a lot in the last couple years, and it is what it is. But the growth of the sport has been motivating.”

Harley-Davidson is an unlikely entity to cast as David to Indian’s Goliath. It’s perhaps more aptly considered a sleeping giant that is just now stirring awake. But all of Indian’s undeniable and overwhelming success in recent seasons would only make a victory on the XG750R all that much sweeter for Halbert and his team.

And one could come as soon as next weekend at the Springfield Mile.

Halbert said, “I'm really excited to see what the XG can do on the Mile. We've got it pretty fast this year. They've been doing a lot of work at Vance & Hines to get this motor strong and reliable, and it's been impressive so far this year. It's just been a matter of how much to de-tune it for these Half-Miles and smaller tracks. I'm so excited to get on to a bigger track and open it up a bit more and see how it is down the stretch.

“The bike definitely has some strengths. It still has some weaknesses that show on certain tracks, but it has some really, really good strengths that we can play to as well.

“I'm pretty confident with the fact that we're getting closer in the corners and that we're stronger on the straightaways. Hopefully we’ll be fighting for the win.”

And at this point, that is the goal.

“Before I took this deal like I knew the opportunity was there. I knew if we were able to turn things around get wins, it would be huge considering how big of a job it's been to get there.

“It would definitely be sweet to get a win on the Harley with that company and all their fans behind you... It would mean a lot.”