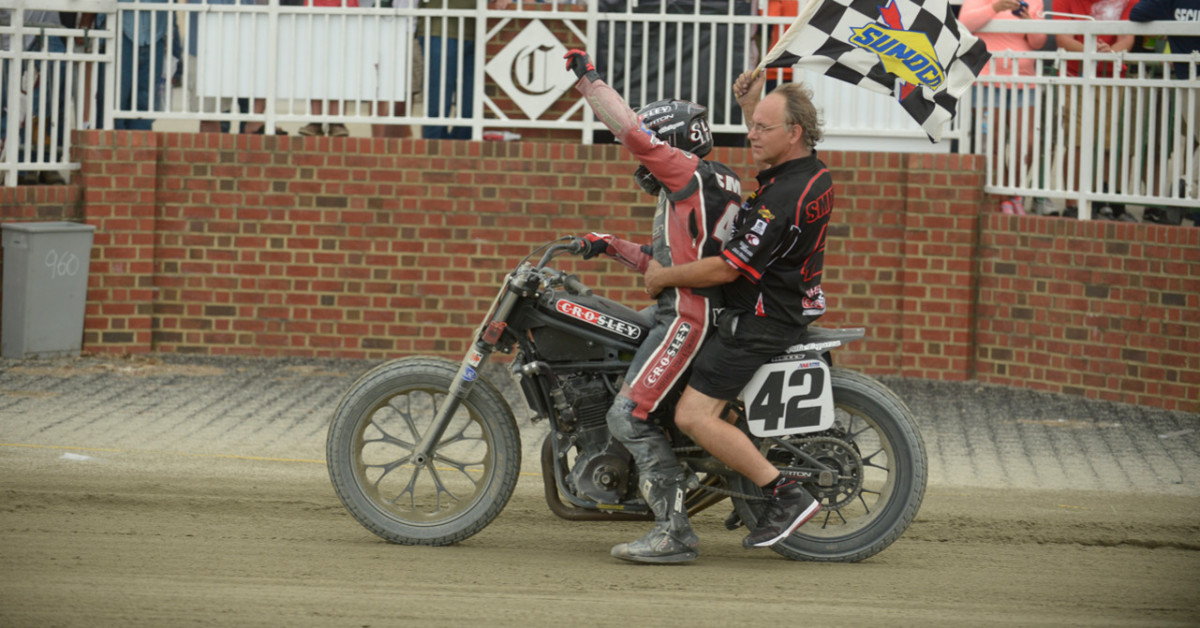 Most memorable Expert moments of 2014: No. 5 - Smith wins from back row alongside Mees, Johnson at Colonial Downs

Note: We will be counting down the top five most memorable moments in 2014 from the Expert ranks each day this week. This is No. 5.

Daytona Beach, Fla (Nov. 17, 2014) - The back row isn’t where fans would expect to see the top competitors in the AMA Pro Flat Track Grand National Championship point standings to start a race, but that’s exactly where Bryan Smith, Jared Mees and Jake Johnson found themselves for the main event at the Virginia Mega Mile on Aug. 23 at Colonial Downs.

Mees and Johnson were relegated to the back for mechanical issues, both on backup bikes and Johnson using a provisional to gain entry. Smith was the fast qualifier, but anticipated the start and was forced to the back, alongside his championship rivals.

While it’s never ideal to be forced to work through the entire field, Virginia, with its pea-gravel surface, is an even harder track to try to pull off such a feat. The roost from other riders makes visibility a major issue, and the only place with clear sight is in front.

None of that seemed to be a problem for the trio of top riders.

Smith needed just three laps to take the lead, and the rider of the No. 42 Villa-Esparza/Crosley Radio Kawasaki led 12 of the race’s 15 laps en route to the impressive victory.

Mees wound up fifth and Johnson landed on the podium in third.

It was a situation that could have shaken up the GNC title chase in a major way, but instead, proved to the rest of the paddock just how strong the top three competitors were.