Ben Lowe began racing Flat Track at the professional level in 2013, racing in one GNC2 Main that year to finish in 11th place at the Peoria TT. Throughout every season he’s seen improvement, scoring two top-10 finishes in 2014, taking an exciting second-place finish in Las Vegas in 2015, and finishing sixth in the GNC2 standings for 2016. Lowe had a breakout year in 2017 with an impressive 16 top-10 finishes for the year, which included three podiums. Riding the Bruce Lowe Excavating Honda CRF450R for the 2018 American Flat Track season, Lowe has had four top-10 finishes thus far. His best finish of the season came at the Springfield TT where he took 7th place. 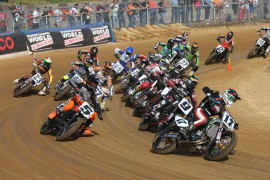 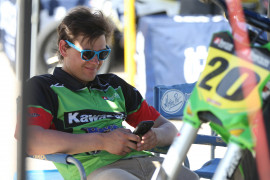