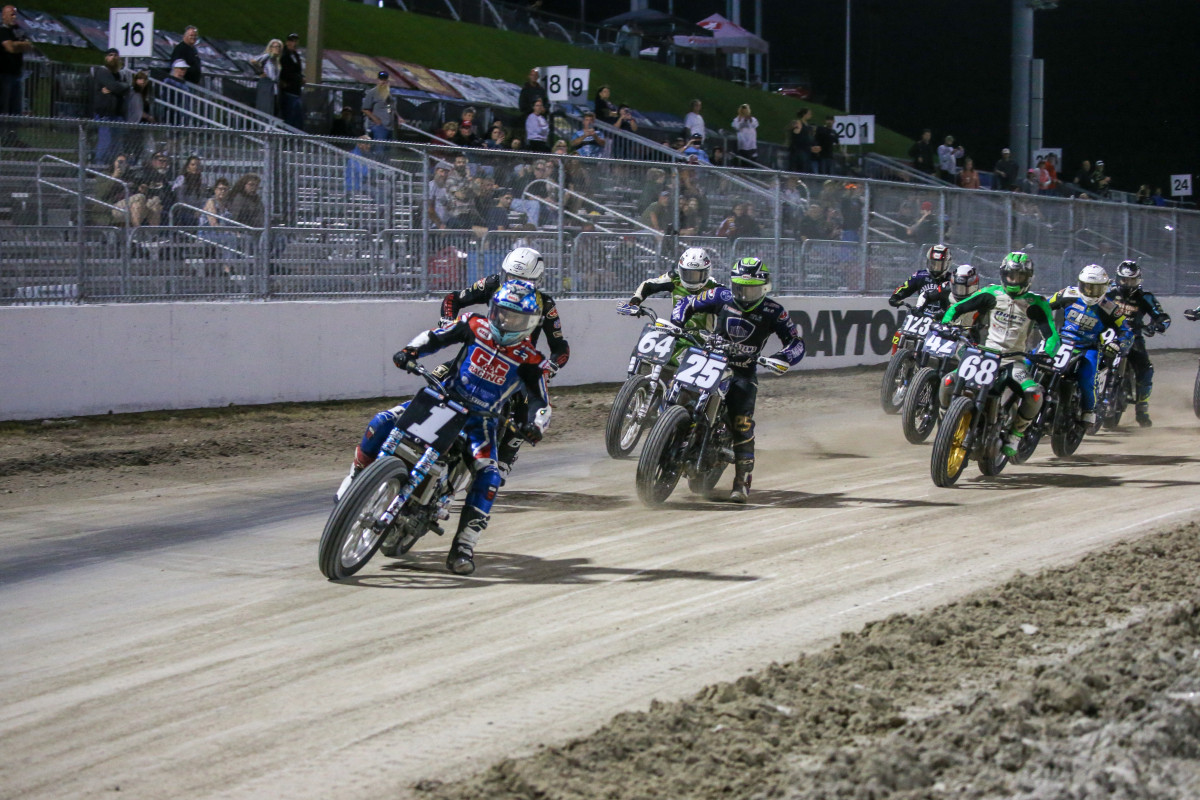 With reigning AFT Production Twins presented by Vance & Hines champion James Rispoli stepping up to Mission SuperTwins for 2021, the road to the championship looks to go through 2019 class champ and 2020 runner-up Cory Texter.

Texter is a bit amused that he seems to have grown in the estimation of outsiders after failing to defend the title compared to when he actually won it. But he’s not entirely surprised. 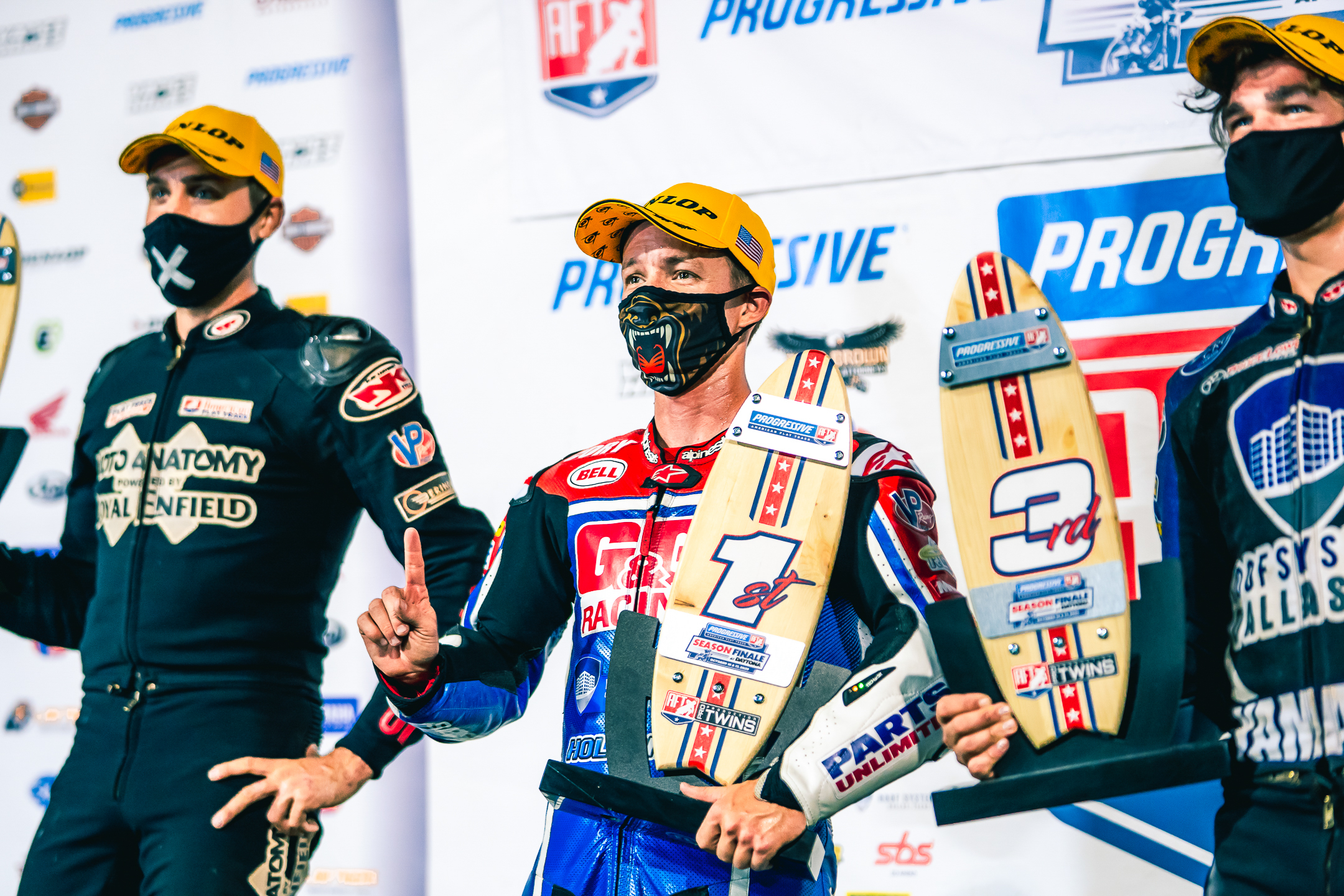 He said, “I do think I'm getting more clout this year because I finished the year so strong whereas when I won my championship, I didn't finish very strong. And yeah, I think I was better last year in getting second than I was the previous year winning the championship, especially when you consider what I was able to do with what I was up against, racing that XG750 with a hard-working, experienced rider like (James) Rispoli and a phenomenal team owner in George Latus and set-up guy in Joe Kopp.

“I may be getting a little more recognition, but I've always lived that underdog role. I've always been considered "average." And I would say I am just an average guy who works really hard, so I don't mind. I don't really care what the title is -- favorite or underdog -- I just have a job to do. I focus on that and let the internet talk.”

Even with Rispoli out of the way, Texter doesn’t see the challenge before him diminishing in the slightest.

“I think it's going to be the toughest year yet,” he said. “I think the guys who were in it last year are stepping up -- more experience, getting more confidence. And we have a couple of other guys from SuperTwins who are coming back to Production Twins. As far as picking a favorite -- I was thinking about that last week, and I honestly have no idea who's gonna be that guy.”

Texter was asked to provide some insight on his most likely championship contenders, the results of which follows: 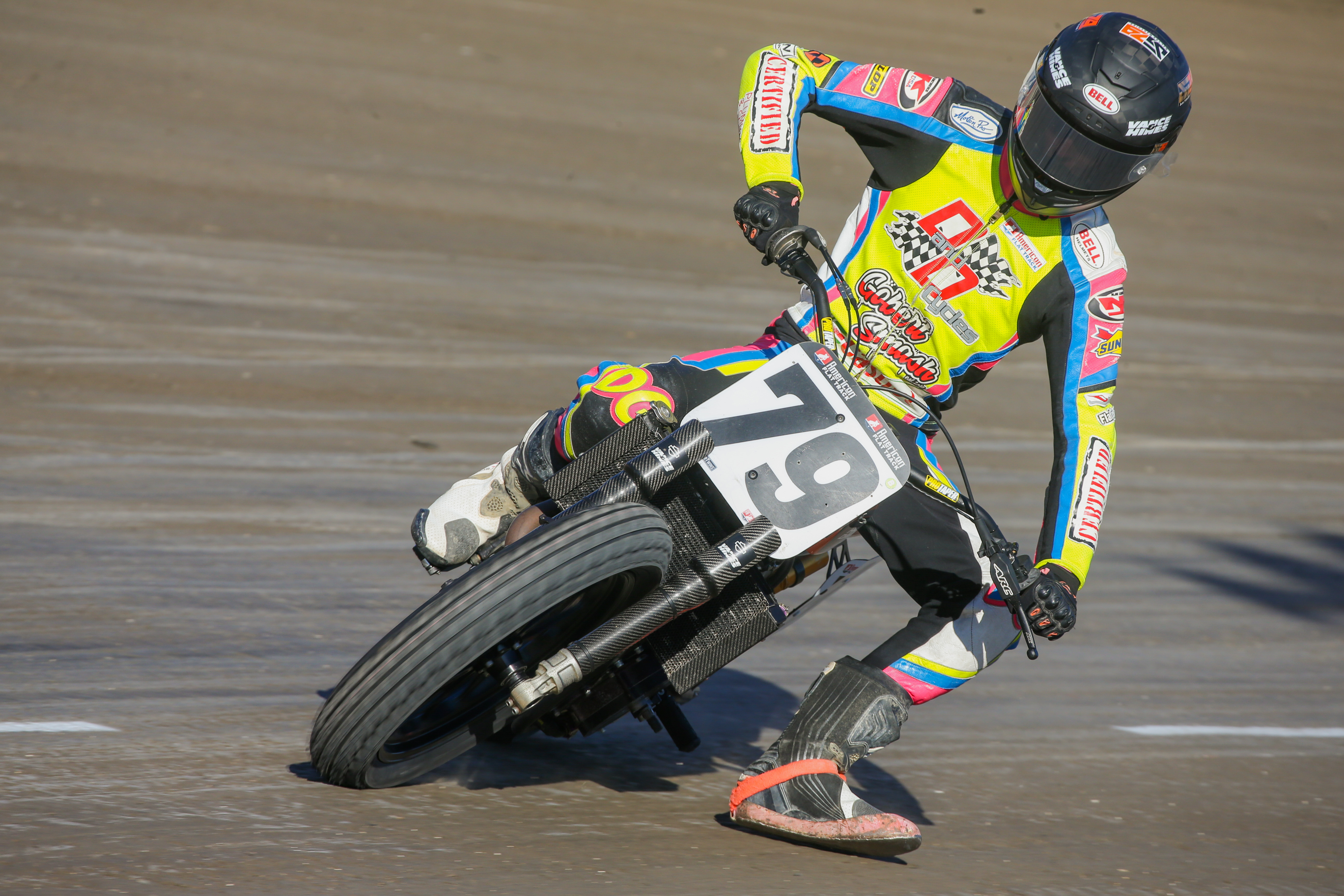 “Dalton is a former Singles champion so he's proven that he knows how to win a title. I really didn’t think Dalton would be racing us this year -- I figured he’d be in SuperTwins again. But it’s good for us to have that pedigree of champion in the class; it just adds to the credibility of Production Twins.

“I like racing with him -- he's a clean rider and he's not over-aggressive. He didn't have a great season last year in SuperTwins, but I've watched him for a long time... He grew up like 45 minutes from me, so I know his talent level, and he's super, super talented.

“Talent wins races, but it doesn't always win a championship. It takes a program, and it takes hard work. Sometimes Dalton shows up and he's dominant and other times it seems like he struggles a little bit. If he can bring his A-game every weekend, he's going to be really tough. Out of everyone in the class, his ceiling level is the highest.” 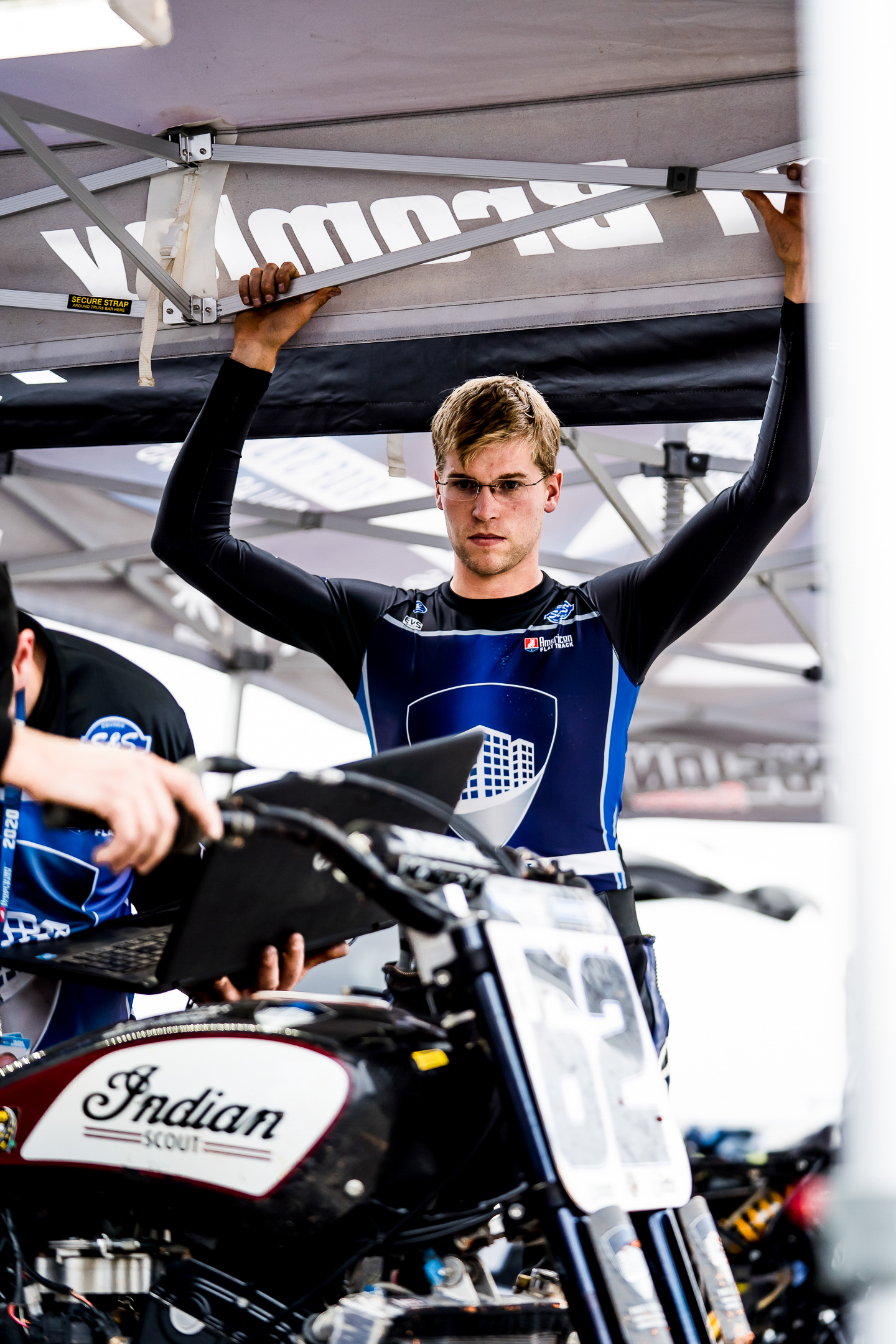 “Dan’s another former champion. He's on the same brand as me -- that's cool, I like that because then there's no X factors or anything like that. He's smooth, talented. and he's consistent. He has a lot of racecraft. It seems like his bad days are not that bad. He always kind of figures it out and ends up in the mix.

“I'm not sure how he'll be jumping off the Indian and onto the Yamaha. It's a different animal. It takes a lot more precision to get those parallel twins to hook up. But he's got good people helping him so he'll be tough, especially on certain tracks. On the TTs he'll be strong.

“He kinda kicked my ass when I rode the Singles class a few years ago, so I'm looking forward to get back in the mix with him and see what he can do.” 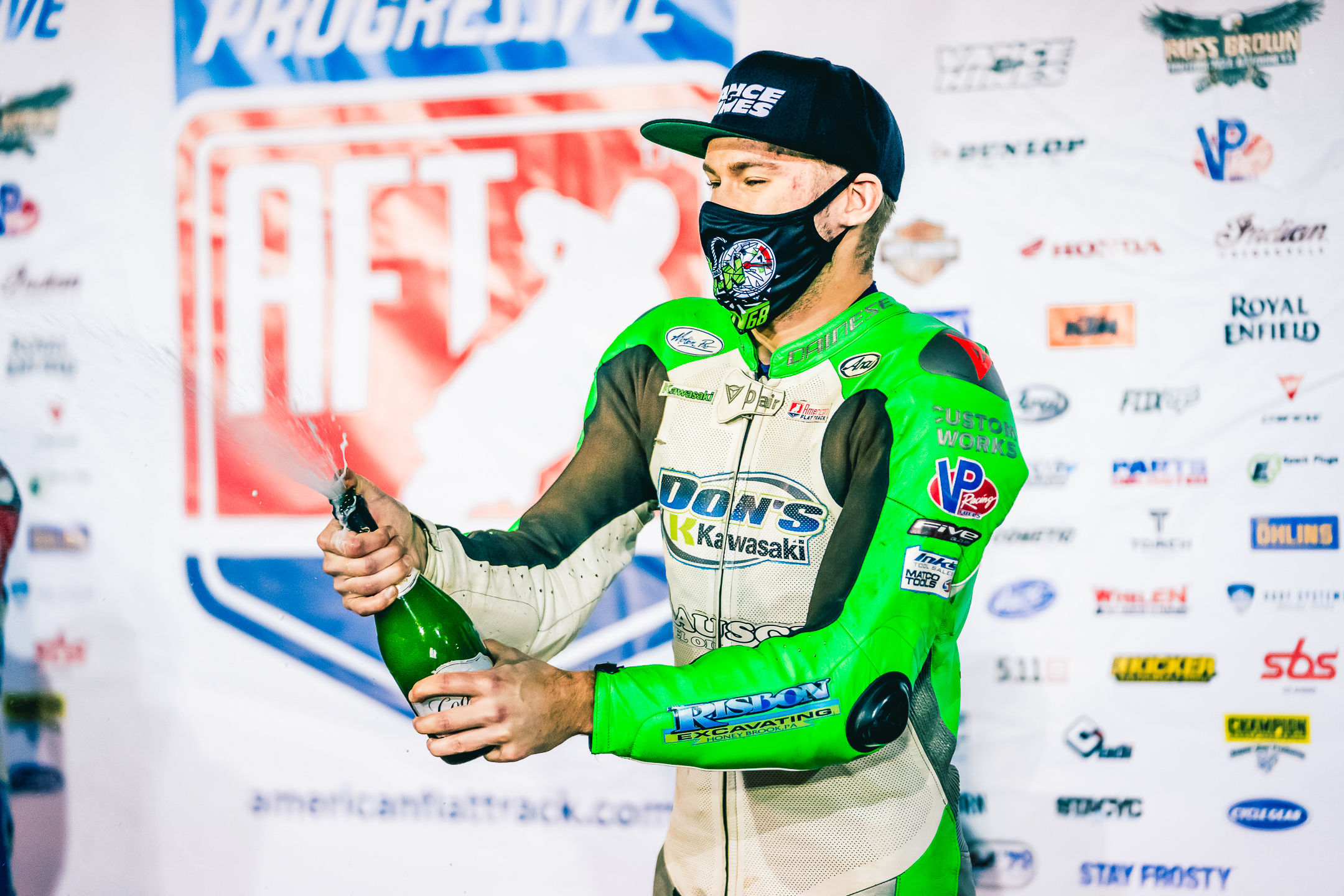 “Once again, here’s another Pennsylvania kid... There's four PA kids who have a shot this year. Ryan’s great. He's probably the guy I'm the closest with out of all these riders. I train with him a little bit. Honestly, I don't know what his program looks like exactly. He was kind of undecided last I knew.

“Regardless, on his good days, he'll be really, really good. He still has a lot to learn, but once he figures it all out, he's going to be very, very tough. He's not as much of an all-around rider as, say, Gauthier or Bromley, but on his good race tracks, he's as good as anybody in any class.

“He might jump up to SuperTwins at some point, but I have no clue. He's been a thorn in my side a couple of the races every year.” 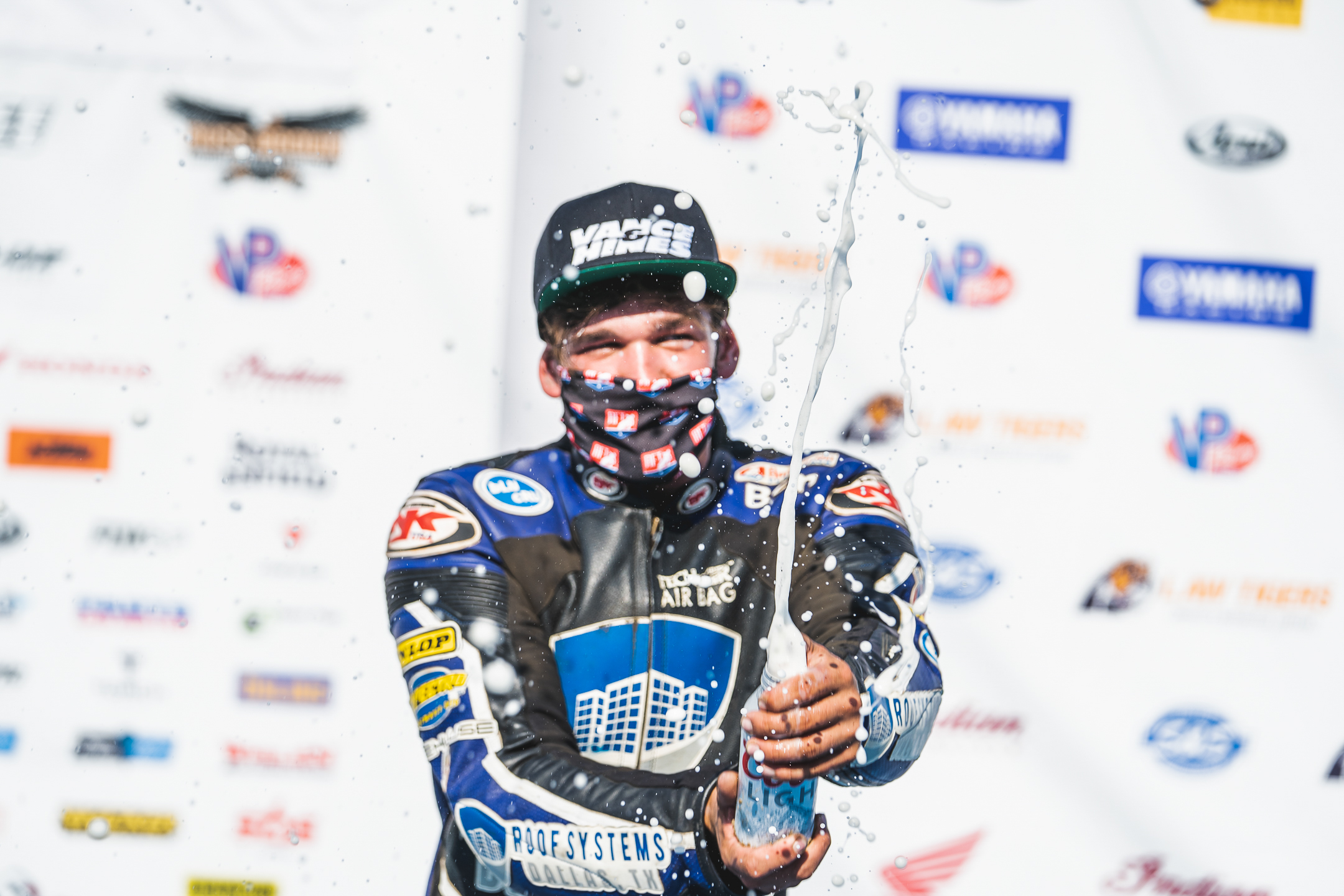 “Ben is underrated. A lot of people overlook him, but I think with the season he had last year, it's not fair to overlook him anymore. He's always a top-five guy and last year he got a race win and a handful of podiums.

“He's another guy who keeps his bad days from being too bad. I think he works really hard. He's got a lot of grit, and he really wants to race motorcycles, and he appreciates every opportunity. I have a lot of respect for guys like Ben -- the hard working guys who really put a lot into it. When I get beat by guys who work as hard as I do, it's not as tough to swallow as getting beat by guys who just show up with the talent to do it. That gets frustrating for me.

“Ben will be tough. He's a pretty good TTer too, so having those tracks added to the class for the first time will be good for guys like Ben and Bromley and Dalton. I like having them myself. I feel like I'm a well-rounded rider. I've been doing this a long time, and I'm pretty good at figuring things out.” 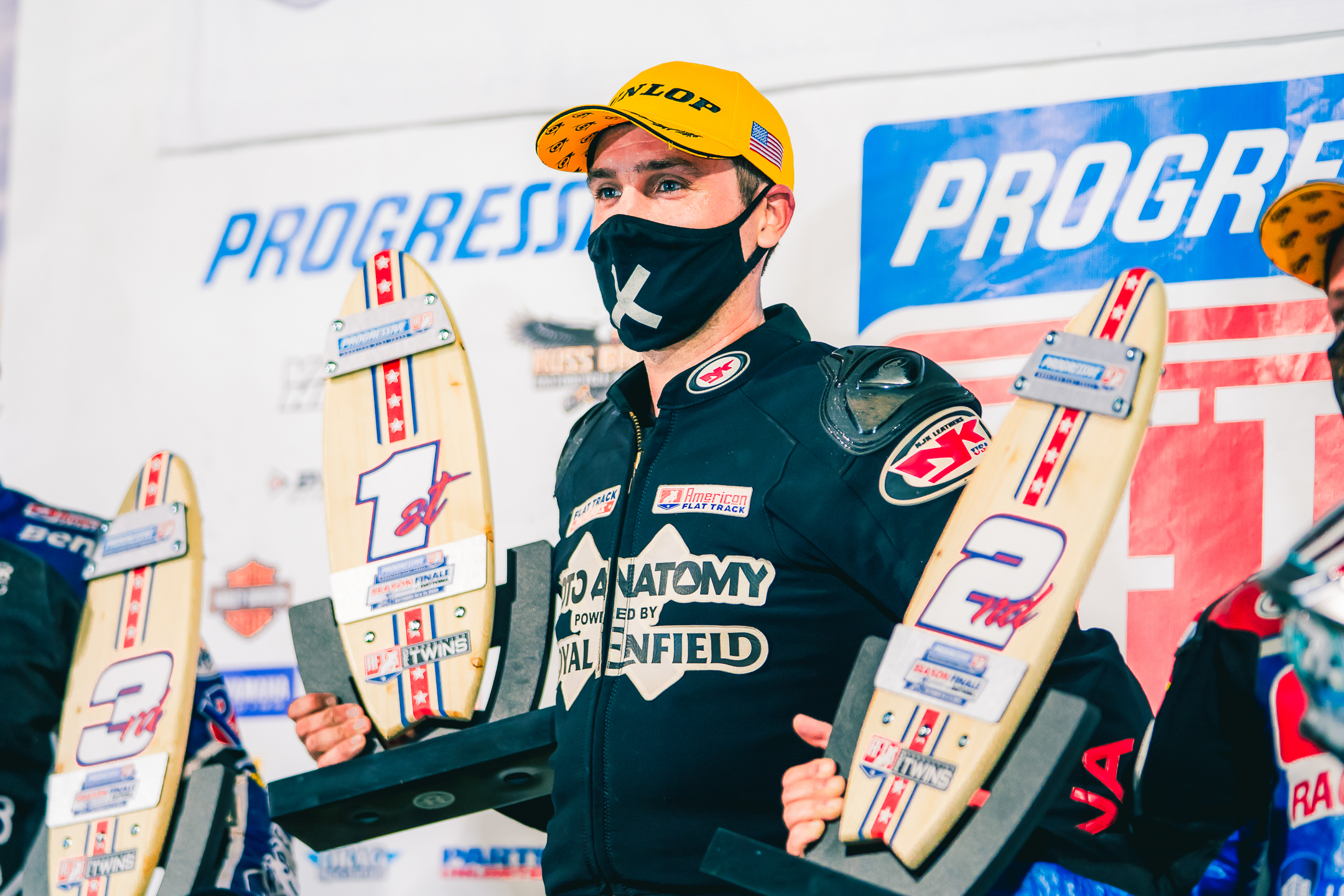 “I grew up with Johnny. He's a phenomenal rider. He's super talented. He's won races at the premier level and he's won Supermoto Nationals. And I know he's been training a little more. I felt like last year he didn't have the conditioning that a few of us did.

“The bike is still an unknown. We don't know how good it's going to be. Last year, it wasn't a bad bike, and obviously, at DAYTONA it worked really well. But looking at the schedule, there's a bunch of Miles and Half-Miles. And the TTs are big TTs. I think that bike would be good with Johnny on it if they were smaller, tighter TTs. There is one Short Track, but it's not that small of a Short Track.

“He's pretty gritty. He's not going to give anyone any leeway. He can make aggressive passes. There's just a lot of unknowns. If they can get that bike a little more competitive... I think he'll be good, but I'd be a little surprised if he was a championship contender this year. But who knows? He's a good rider, so if they can get the bike close, he could surprise some people for sure. 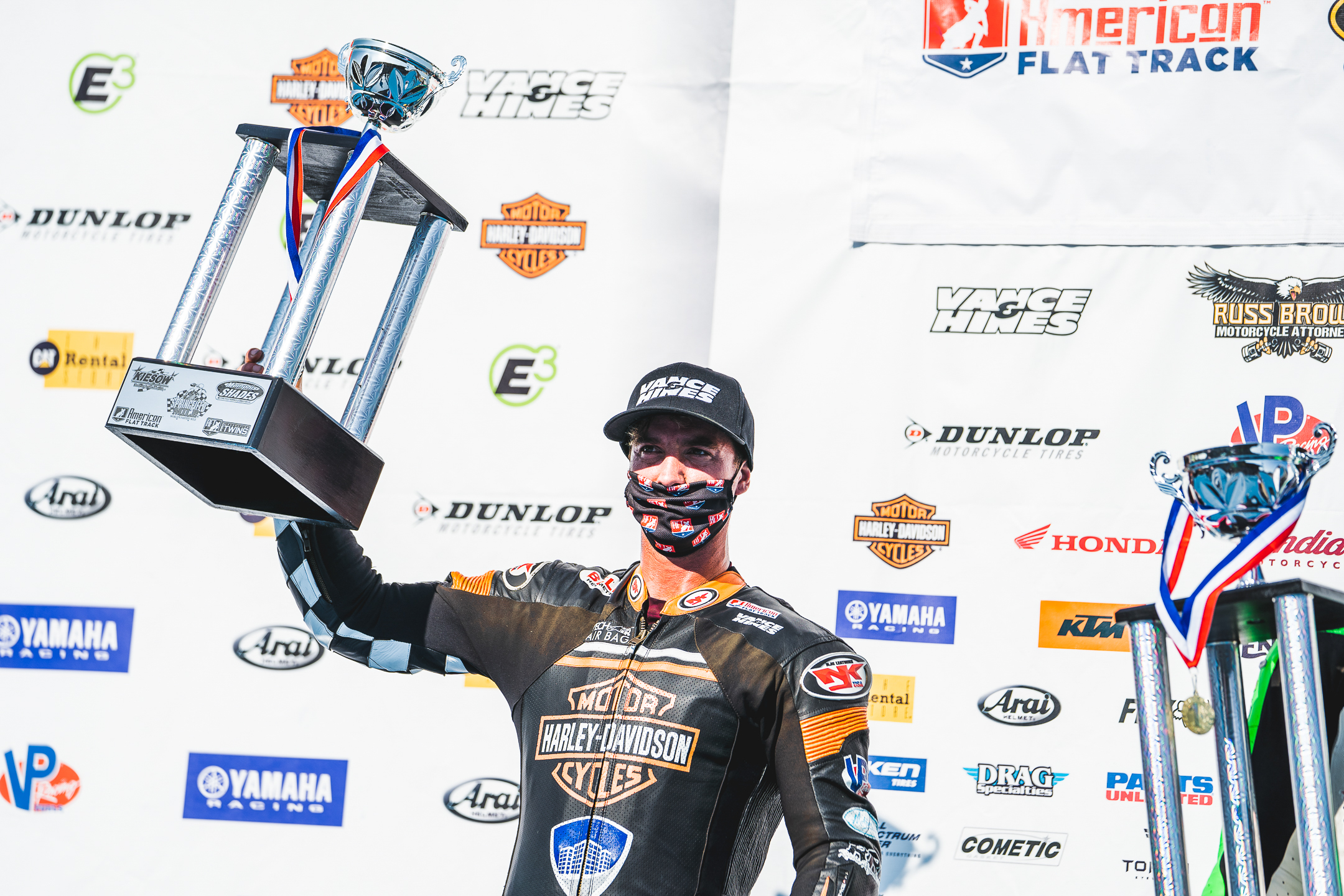 “You have to figure Chad will be good, but I don't know exactly what his program is. It takes more than talent to win at this level. If he can have a good team where he can be focused and things like that, he'll be tough. As far as focusing just on Production Twins and not running Singles too, some guys do better with more track time, but there's always a lot more to worry about. I think Chad running one class could be better for him. 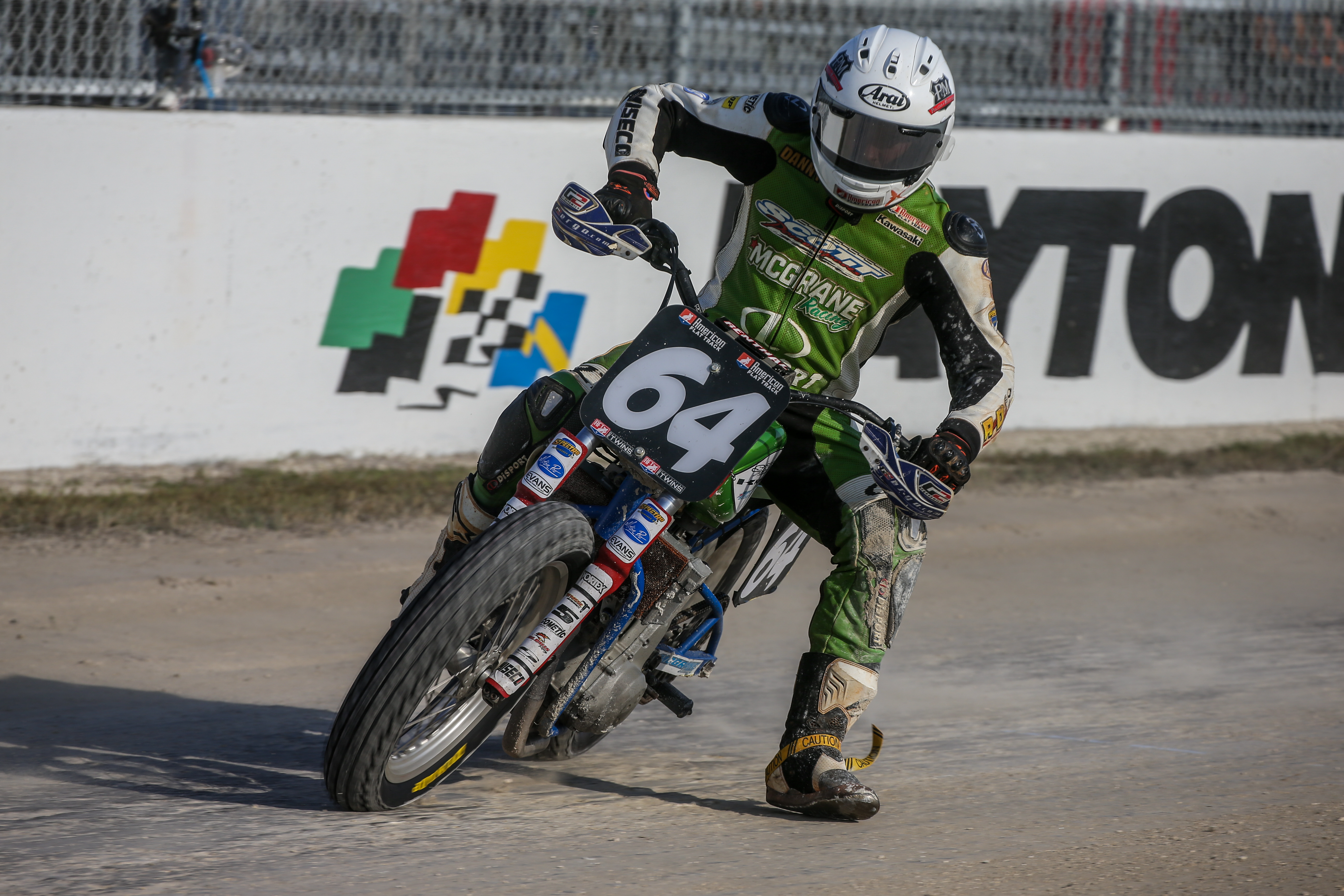 “With so many guys in this class, their programs are still pretty unknown, even with the season about to start. I have a lot of respect for all of these guys, and others we haven't even mentioned like Danny Eslick. All these guys have things they do well and things they struggle with. Danny is a really, obviously, pheneomenal rider. But what's his conditioning level? How good is his team gonna be?

“I don't know for sure, but I also heard (Jeffrey) Carver might be in Production Twins at select rounds. That's a whole other aspect. That could be very, very interesting.” 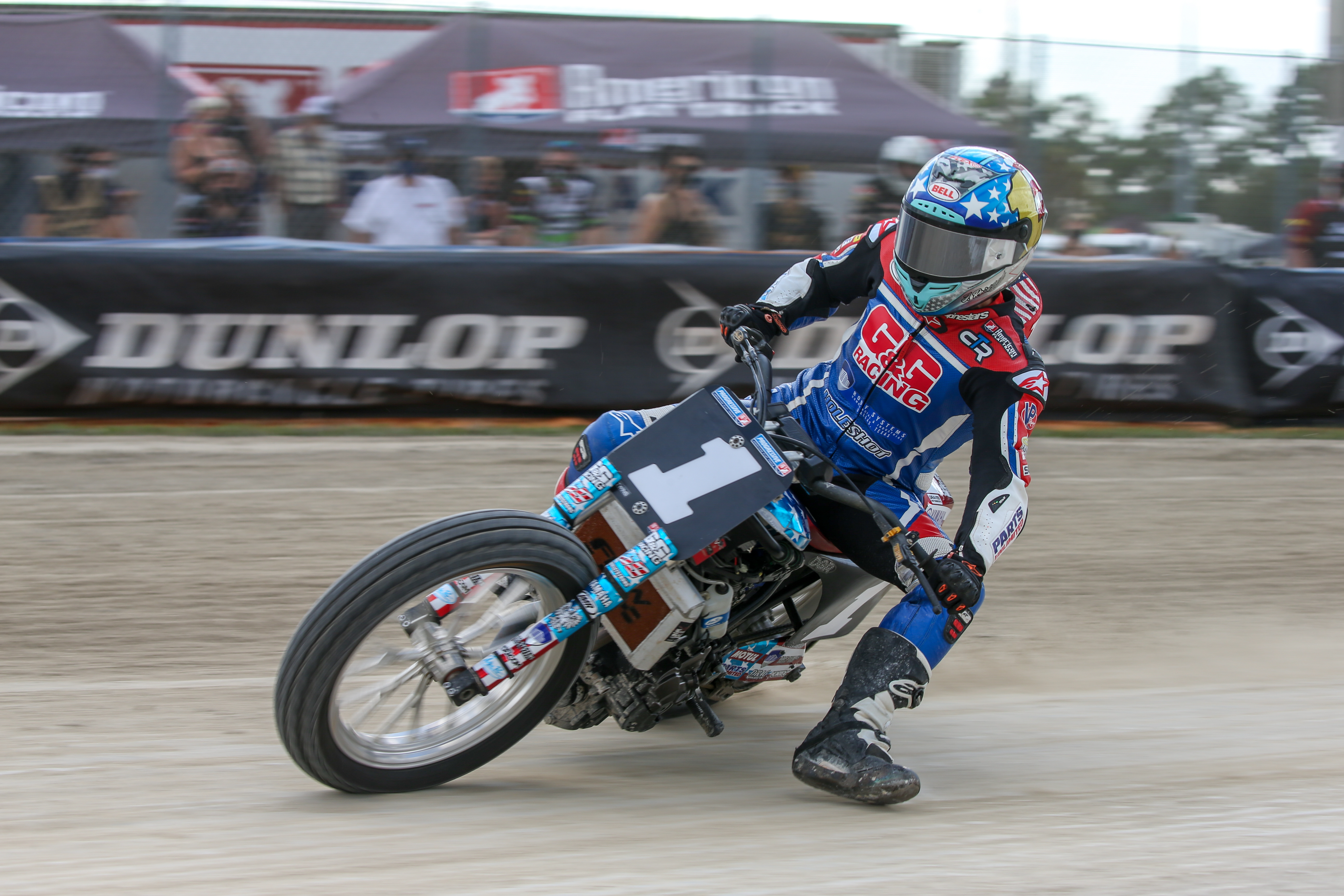 “There's question marks for everybody, and I'm sure people feel the same about me. I'm probably the least talented guy out of all these guys we've mentioned, but I'm super, super confident in my other abilities that help me get the job done.

“I've learned a lot about racecraft from Chris Carr. He's taught me you don't have to be the fastest guy to win, you just need to be able to get to the checkered flag first. I do my work during the week, studying film, taking notes, and looking at data -- which is something I picked up from Rispoli last year. I've become really good at setting my bike up and drawing track maps.

“Like I keep saying, it takes a lot more than talent. There's a lot of talent in the class, but I think this year is going to be a perfect example of talent versus hard work, and I'm excited about that. I like that challenge of putting my hard work up against the super talented kids. It should be really good for the fans with a lot of contrasting styles.” 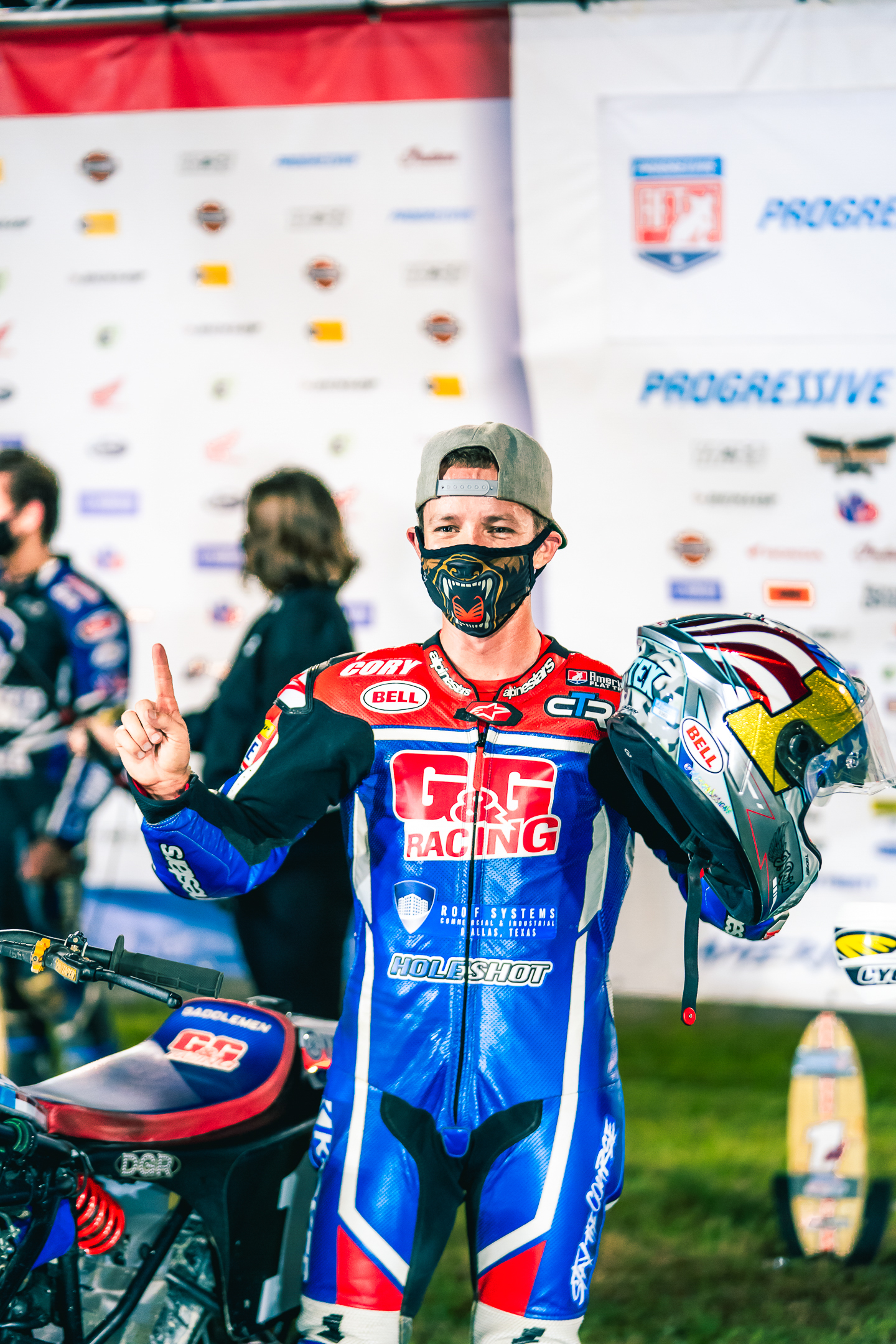