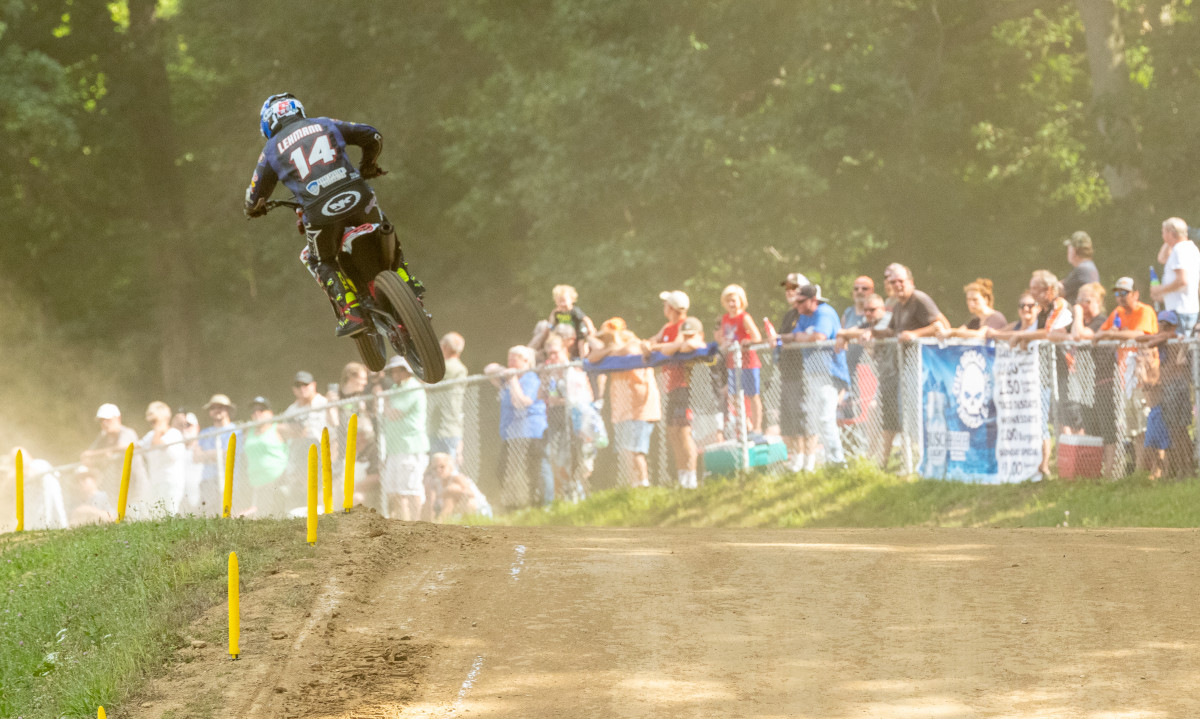 It’s been less than three full seasons since JD Beach first directed the entirety of his focus on his Progressive American Flat Track ambitions. In that short span, the Estenson Racing ace has already established himself as one of the sport’s all-time great TT riders and, increasingly, a genuine threat for the Mission SuperTwins presented by S&S Cycle crown.

This weekend’s stop at the resurrected Castle Rock TT in Castle Rock, Washington, does not just present an opportunity to further both causes, it also sees Beach return to the track he cut his teeth on as a young racer from Snoqualmie, Washington.

Should Beach successfully defend the home turf of his youth and up his current tally to six TT wins out of the last seven, just five riders will stand above him in career TT victories: Henry Wiles, Chris Carr, Steve Eklund, Dick Mann, and Gary Scott.

Four of those five – Wiles, Carr, Mann, and Scott – are past winners of the historic Castle Rock TT, despite a series of lengthy absences from the calendar that substantially limited their opportunities to collect wins there.

While it’s tempting to coronate Beach as the new King of the Castle before race day even arrives, the one name missing from the second list – Steve Eklund – serves as a reminder that the Castle Rock TT hasn’t functioned solely as an inevitable rite of passage for TT masters, but also the scene of remarkable – nigh impossible – surprise.

Eklund enjoyed the greatest season of his career in 1979, ultimately culminating in the Grand National Championship. That also would have been the season he finally conquered the Castle Rock TT if not for one of Progressive AFT’s most legendary comeback rides.

Brad Hurst – a hero to the locals but relatively unheralded on the national scene – crashed in the Main Event’s opening corner after his foot was run over in the chaotic Turn 1 melee.

Meanwhile, Eklund had his head down at the front, seemingly sprinting to the checkered flag. That is until Hurst, with some 20,000 fans cheering him on, came sailing past to complete his last-to-first charge that ended in his maiden, and ultimately only, Progressive AFT victory.

But if anyone thought the Castle Rock TT couldn’t possibly serve up a bigger surprise than that, they were proven wrong the following year. Weeks before the 1980 edition was scheduled to be run, nearby Mt. St. Helens erupted in catastrophic fashion. The volcano released 24 megatons of thermal energy, blowing 0.67 cubic miles of rock off the mountain, including 0.26 miles of cubic ash that was thrown into the air.

Castle Rock Race Park was buried under some 10 feet of volcanic ash and subsequently disappeared from the schedule for more than a decade.

Throughout its on-again, off-again resurrection, the Castle Rock TT again became a venue for TT all-timers to make their case, seeing the likes of Wiles, Carr, and Jake Johnson add their names to the winners list next to TT legends Mann, Scott, and Eddie Mulder.

But it’s also been the scene of the unexpected; a place where Jeffrey Carver, Jr., scored the only TT victory of his career, or where Sammy Halbert won three times despite never winning a TT anywhere else.

For Washington native Halbert, there’s the home turf element to consider. In fact, in 19 of the 23 premier-class Castle Rock TTs to date, the race winner hailed from the West Coast. And in nine of those, they came from the Pacific Northwest.

That almost certainly played a factor in arguably the biggest shocker since its return, albeit on the undercard. Offering incontrovertible proof that the Castle Rock TT retained its old magic post-Mt. St. Helens, local ace Jacob Lehmann turned up for the 2012 race, got his pro license at registration, and went out and won the Parts Unlimited AFT Singles presented by KICKER Main in his first career Progressive AFT race.

Which side of Castle Rock will surface in 2022? The inevitable or the impossible?