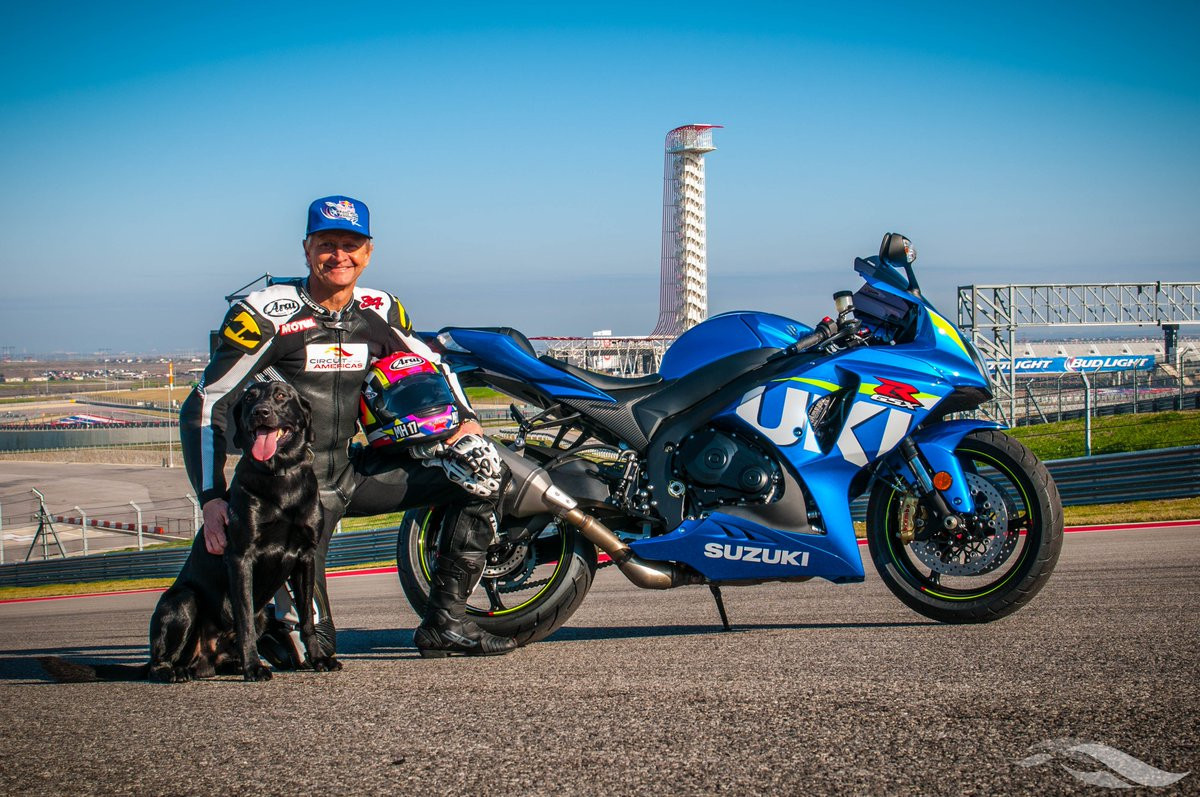 They probably know he exploded out of the Texas club-racing ranks in ’84 to snag a factory ride with Yoshimura Suzuki, and went on to dominate much of American Superbike competition throughout the mid and late 1980s alongside friend and competitor Wayne Rainey. They probably know he began dabbling in Grand Prix events on Suzuki two-strokes in ’86 and ’87, going full-time in the GP wars beginning in ’88 and winning his very first race that season – at Suzuka – with a broken wrist. They probably know he won the 1993 500cc World Championship, and they probably know he retired suddenly two years later after a slew of injuries – and knowledge of Rainey’s career-ending crash at Misano in ’93 – had him re-thinking his mortality.

What a lot of folks don’t know about Schwantz is that there’s a decent bit of flat track in his motorcycling history – much of which is connected to his uncle Daryl Hurst, a professional flat tracker on the Grand National circuit who ran national number 34 – which would end up being Schwantz’s number – during most of the 1970s. Hurst, who owned a Yamaha dealership called Hurst Yamaha and Marine along with sister Shirley and brother-in-law Jim Schwantz, Kevin’s father, mentored Kevin in trials, motocross and, later, dirt track racing. 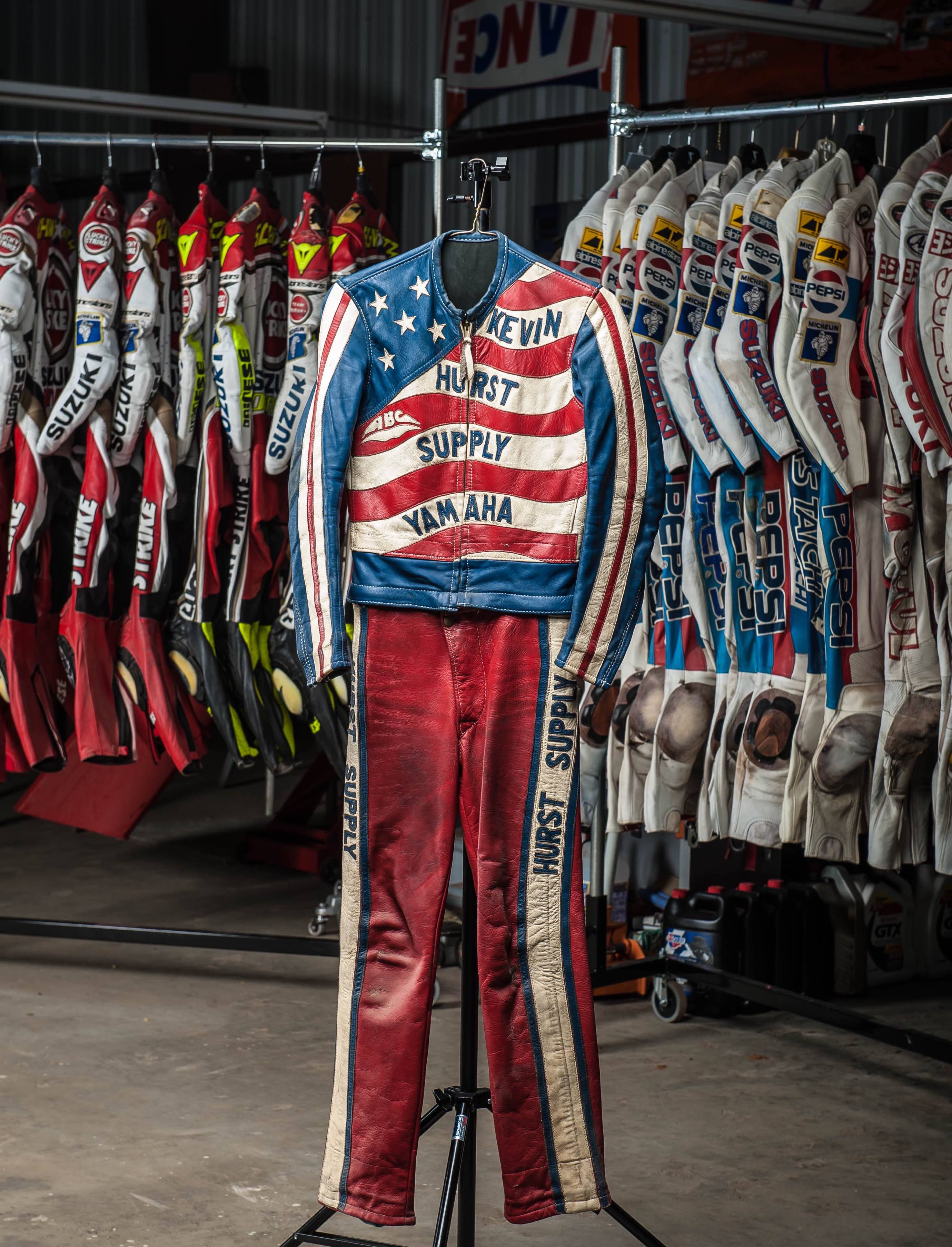 “Every time Christmas came along,” remembers Schwantz, “Uncle Daryl would start getting ready for the Houston Astrodome, and I’d be jumping up and down saying, ‘I wanna go…let’s put some dirt track tires on my bikes’, which were YZ80s and YZ125 Yamahas back then. I’d ride the amateur events on the day after the National, and we did pretty well. Later I prepped my YZ250 for the TT event, thinking I’d be like Steve Wise, who’d podiumed at the National in ’82 on what was basically a motocross bike, but I forgot to put oil in the gearbox – duh – and it locked up.

“So I asked Daryl if I could ride his short tracker in the TT, which had no front brake and a low pipe coming out the right side. We weren’t able to put a front brake on it in time, but I managed with the rear brake and the compression release, and in the right hander I just laid the thing over and let ’er slide along on the expansion chamber – and it worked!”

Schwantz pulled a much more brazen stunt at Ascot Park during his stint racing Superbikes for Yoshimura Suzuki in ’86 or so. He’d asked to ride in the Formula One class in addition to Superbike because he wasn’t making all that much money in his early years, and the purse for Formula One was quite a bit larger than the Superbike purse. He was turned down. “Your contact says you can only ride Superbike in road racing,” someone told him. 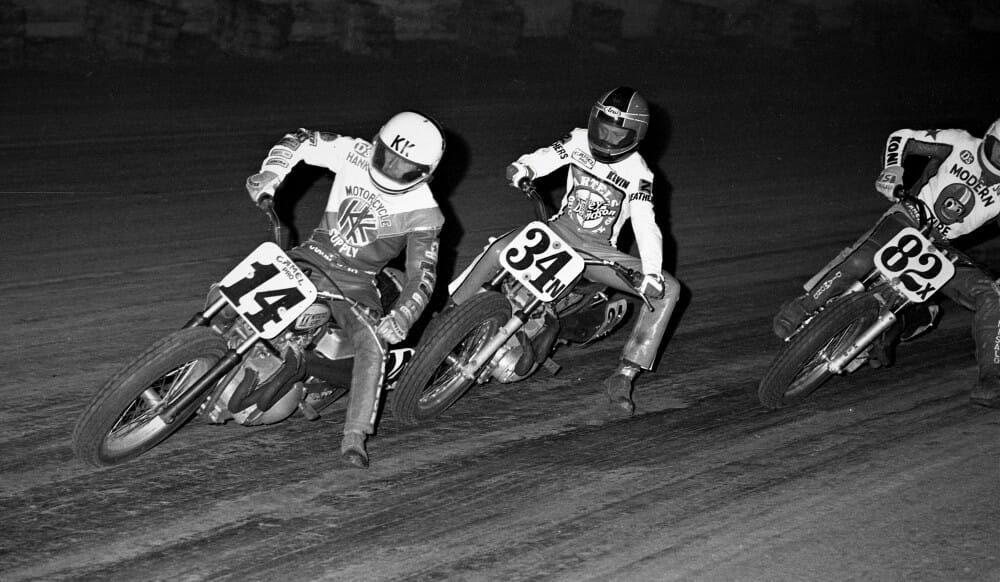 Schwantz (34N) at legendary Ascot Park in the mid '80s on a Bartels Harley-Davidson XR750 ... a move that got him into some serious hot water with both Suzuki and Yoshimura. Mitch Friedman photo.

“Well, my contract didn’t say a word about non-roadracing events,” he says now with a smirk, “so I entered the Ascot National on a Bartels Harley-Davidson, complete with Bartels Harley leathers. Unfortunately, Suzuki brought a load of corporate staff to that Ascot Park race, and I stood out like a sore thumb. That was probably the first time they should have fired me!” [Laughs]

When asked, Schwantz says he’s “absolutely” been following American Flat Track over the last couple of years. “[AFT] really is the place to be involved if you’re a manufacturer and want a lot of bang for your buck in terms of exposure,” he says. “I’m working on Suzuki all the time to get more involved.”

As Grand Marshal for tomorrow’s Texas Half-Mile, Schwantz will be in the paddock, in the grandstands and pretty much everywhere in between, so come say hello if you can while you enjoy what promises to be a good ’ol Texas barn-burner of a race. Gates open at 1:00 at Texas Motor Speedway, and tickets can be had at the box office and by clicking https://tickets.americanflattrack.com/2019-texas-half-mile.html. And if you can't be there, be sure to catch all the action live on FansChoice.tv.