Davis Fisher ranks as among the most promising of Progressive American Flat Track’s new generation of talent and the newest member of the elite company to ever win a premier-class Grand National Main Event. Fisher turned pro at age 16 and fell just a single point short of claiming the 2014 GNC2 crown in his first attempt despite missing multiple rounds due to injury. He made up for that narrow defeat with a dominant run through the class the following season; in 2015, he racked up four wins, sewed up the title early, and inked a deal to compete for the factory Harley-Davidson team in the premier class in 2016. Fisher was the rider given the honor and responsibility to debut the production-based XG750R in competition. He flashed its potential early on, guiding it to eighth in its first GNC1 Main Event finish at the 2016 Springfield Mile I. While the Warren, Oregon, native returned to privateer status the following year, he still continued his rise up the ranks with support from Bob Lanphere Beaverton Motorcycles. Fisher finished inside the championship top ten in ‘17, ‘18, ‘19, ‘20, and ‘21 with top-five results in each of those seasons. He finally broke through to score his first Mission SuperTwins podium finish at the 2019 Sacramento Mile and promptly backed it up with another at the Williams Grove Half-Mile that same season. The crowning achievement of his career to date came in the 2021 finale at Charlotte Motor Speedway, in which he pulled off a last-corner acing of Grand National Champion Jared Mees to earn his maiden premier-class win. Fisher is the son of former Progressive AFT racer and 2006 AMA Vet/Senior Dirt Tracker of the Year Rex Fisher. Rex got Davis up on two wheels and racing around the yard before he was even three years old and then developed him into a future pro on ex-JD Beach racebikes. 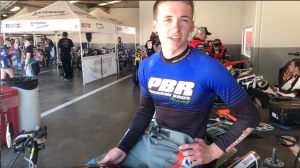 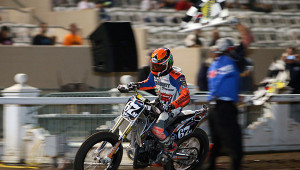 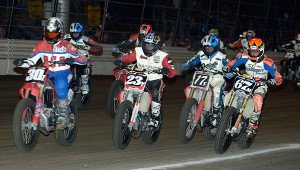 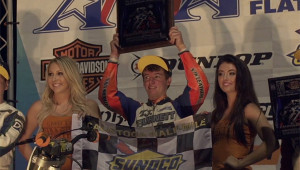 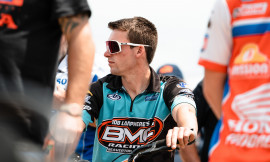 Blessed with significantly more talent than budget, Davis Fisher plans to beat the odds to achieve his goals. 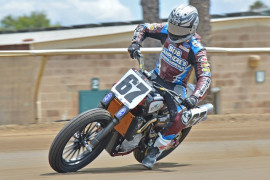 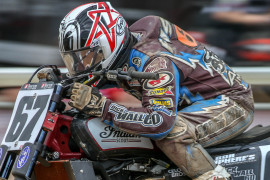 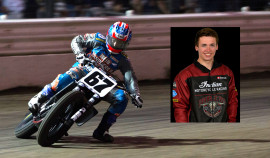