In just three seasons, Trent Lowe has established himself one of the riders to beat in the Parts Unlimited AFT Singles class. Prior to his 16th birthday, the Guilford, Indiana, native proved himself to be one of the top riders on the amateur circuit. Lowe started riding when he was just three and was racing by the time he was four. Over the years, he stacked up numerous accolades, including a breakout performance at the 2018 AMA Dirt Track Grand Championships where he was named the 251-500 DTX Champion, 450 Open Singles Vice-Champion, and 450 Open Modified Vice-Champion. Lowe made his professional debut in 2019, and increased in strength as his rookie Parts Unlimited AFT Singles campaign progressed. He achieved his best result at the penultimate round, racing to a fifth-place result at the Minnesota Mile. Lowe broke out in a major way in 2020, finishing inside the Parts Unlimited AFT Singles championship top five with 12 top-ten finishes in 15 races. Among those results were a pair of podiums, including a close runner-up to Daniels in the Williams Grove Half-Mile II. He backed that up with another strong campaign in 2021, notching up four top fives, including a podium at the Charlotte HM finale, en route to a sixth-place championship ranking. 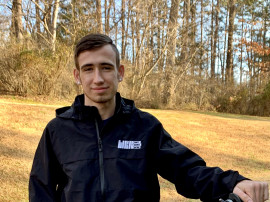