The hard-charging “Slammin’ Sammy” Halbert is one of the most gifted, aggressive, and exciting racers in all of Progressive American Flat Track. Halbert shot to prominence with the 2004 AMA Pro-Sport Hot-Shoe National Championship in his first season as a pro and has been a significant factor ever since. It didn’t take long for Halbert to establish himself at the sport’s highest level, garnering Rookie of the Year honors in 2006 and scoring his first premier-class victory a year later. Halbert enjoyed his greatest achievement to date in 2009, winning the overall Grand National Championship. He added another significant resume builder with the X Games Gold Medal in 2017. An all-around dirt track ace, Halbert boasts the Grand Slam three times over. While his championship results dipped for a time as a result of fighting against Indian’s dominant machinery, he returned to prominence in a major way in 2020 once armed with it. He finished third in the Grand National Championship standings highlighted by a win at the Springfield Mile I. Halbert backed that up with another impressive campaign in 2021, notching up a victory at the New York Short Track to highlight his three total podiums on the year. Unfortunately, Halbert’s ‘21 campaign ended in a horrifying crash at the season finale, leaving him with a broken arm and leg among other injuries. Despite the lengthy recovery, he returned to compete on a part-time basis in 2022. 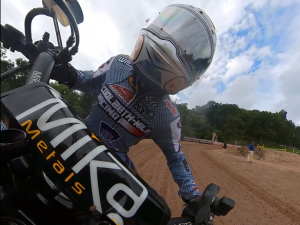 360 Ride-along with Sammy Halbert at Peoria! 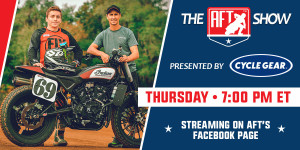 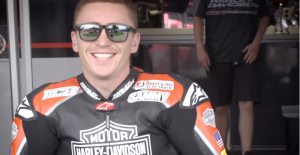 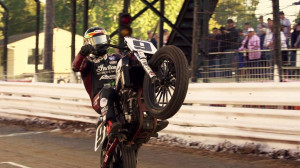 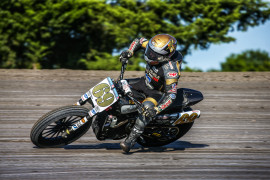 Sent on behalf of Coolbeth-Nila Racing. 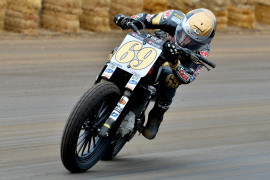 Coolbeth-Nila Racing confirms that Sammy Halbert will return as the team's Mission SuperTwins pres. by S&S Cycle rider for the upcoming season. 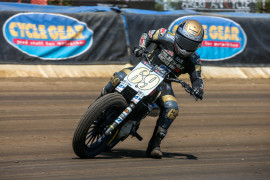 Don't miss the 11th episode of The AFT Show presented by Cycle Gear. 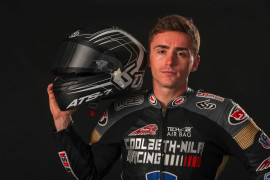 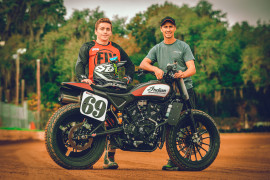 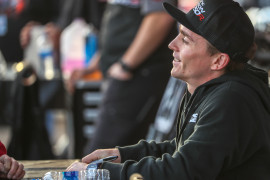 After a heart-stopping battle in the So-Cal Main Event, Halbert Proves the Harley is Not to be underestimated.