New Yorker Cody Johncox is making up for lost time. Johncox had once been identified as among the hottest prospects in Progressive American Flat Track. He started racing at the age of five and was a Canadian National Champion at the amateur level by the time he was nine. He went on to add multiple AMA Amateur Grand National Championships to his collection before turning pro at 16. Johncox took his first Parts Unlimited AFT Singles victory at the Springfield Mile in 2012 and backed it up with a triumph at Colonial Downs the following season. He scored points in the premier AFT Twins class action in both 2014 and 2015 before fading from the national scene for a time. Johncox made sure that Progressive American Flat Track fans remembered his name in 2019, however. He found his groove late in the Mission Production Twins season, stringing together three top fives – including a pair of podiums – over the year’s final four races. That strong finish allowed Johncox to move up to seventh in the final championship standings. He added top-ten championship campaigns in 2020 and 2022, logging 17 combined top tens over that span, including a fifth-place run in Springfield this past season. 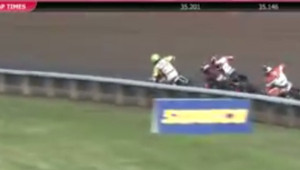 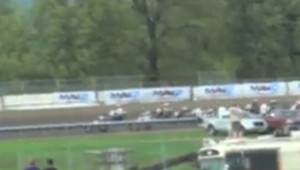 A true indicator of how competitive the Motorcycle Superstore.com Pro Singles Main was is that there were eight different leaders of the 16-lap race..