The popular and charismatic Kolby Carlile continues to make the case that he’s among a very small circle of riders in contention to be the face of American Flat Track racing for the next decade or two. Known as the “Flying Tomato” for his long red locks, Carlile is a good-natured and multi-talented rider who’s rapidly adding to his burgeoning racing résumé. Unable to live out his dream of becoming a racer, Carlile’s father made that possibility a reality for his son when Kolby was a youngster. Kolby showed his promise early, standing as an AMA Indoor Dirt Track National Championship Series ace before going pro at the age of 16 in 2013. A steady climb saw him claim his maiden GNC2 victory in 2016. In 2017, Carlile earned the AFT Singles championship despite not winning a race due to his remarkable consistency and versatility. Carlile was unable to successfully defend his crown in 2018, but the season proved nearly as sweet due to his three Main Event victories. He focused on the AFT Production Twins championship in 2019 to prepare for an eventual premier-class career and showed himself to be as effective on a twin as he had been a single. Despite missing time due to an early-season injury, Carlile steadily built strength and speed all season long. In the end, he ranked third in the points with two wins to his name. That performance was enough to convince Estenson Racing it was time to graduate him to full-time AFT SuperTwins duty for 2020. 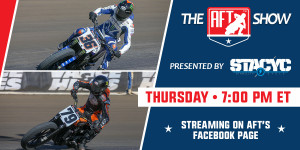 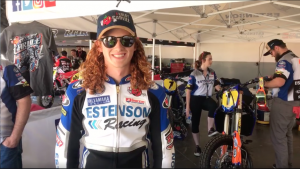 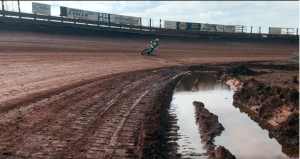 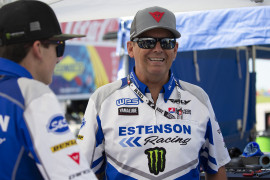 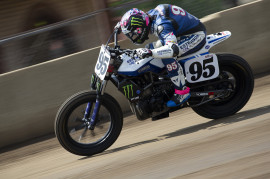 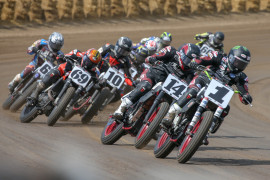 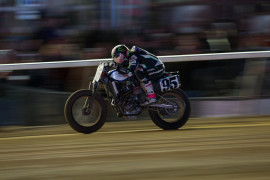 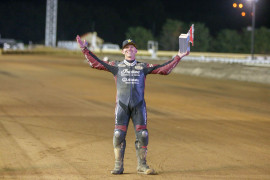 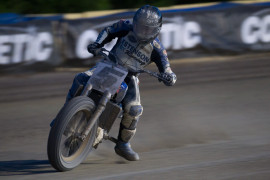