J.R. Addison’s Progressive American Flat Track career has been the result of rare natural aptitude meeting relentless, gritty attitude. The Ohioan advanced to the pro ranks with high expectations due to his glittering amateur career that included both the AMA Youth Dirt Tracker of the Year Award and the AMA Dirt Track Horizon Award. He more than lived up to his advance billing, closing out his rookie Parts Unlimited AFT Singles campaign in 2013 with a pair of victories while still just 16 years old. Addison missed the bulk of the following season after breaking his back in a crash at the Springfield Mile. He returned late in the season in spectacular fashion, winning at Colonial Downs in his first race back. Addison added another Parts Unlimited AFT Singles victory in 2015, before advancing to the Mission SuperTwins ranks in 2016. That season he took four top tens en route to being named Progressive AFT Rookie of the Year. His career momentum stalled in 2017 and 2018, so Addison reset by focusing on the Mission Production Twins championship in 2019. There he scored six top tens, including back-to-back runner-up finishes at the Black Hills Half-Mile and Sacramento Mile. That promising return to form took another tragic turn, however, as Addison suffered serious injuries in a crash at the Minnesota Mile and faces a long road to recovery. 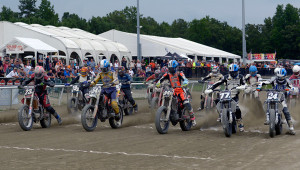 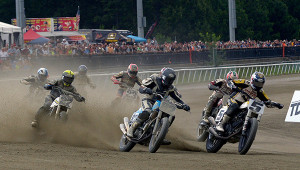 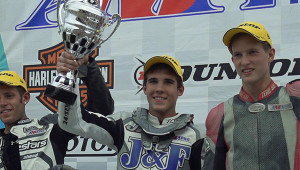 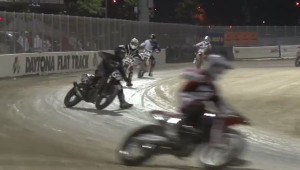 J.R. Addison is tied for eighth in GNC2 points coming into the Springfield Mile, and the rider of the No. 24F is ready to change that.

Most memorable Pro Singles moments of 2014: No. 5 - Addison's return from injury at Virginia

Top moments of 2014, Pro Singles: Hopping back on the bike after any serious injury is tough, but J.R. Addison didn’t show any apprehension about returning, even at one of the fastest tracks on the ci...

Bryan Smith and his Villa-Esparza/Crosley Radio team were able to pack up the bike and leave the track as winners for the fourth time this season, but as they rode away from Colonial Downs on Saturday...

The way Brad Baker (Dodge Bros Racing/Harley-Davidson) threw his hands up in merriment as he stood atop the podium following his clutch win at the LA County Fairplex in Pomona, Calif. to close out the...

It was a win, win, win situation for the Motorcycle-Superstore.com support riders as they slid into the final round of the AMA Pro Flat Track J&P Cycles ProSingles Championship series in Pomona, Calif...